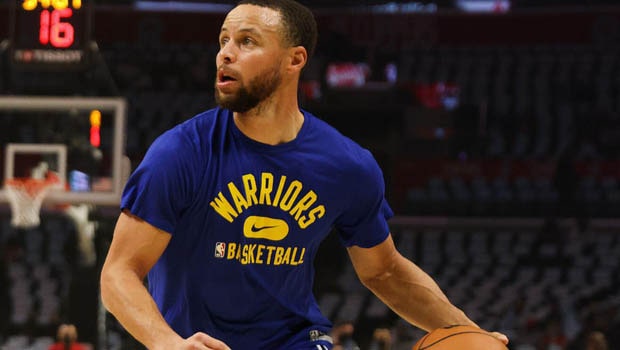 Golden State Warriors Steph Curry stated that they cannot give in to this losing mentality after the Dubs suffered a 116-124 loss against the LA Lakers at the Crypto.com arena on Saturday. This was the Warriors’ fourth consecutive loss as they have been struggling to get going.

In fact, Steph Curry’s team has managed only two wins in their last ten matches and they haven’t been able to come up with a collective effort. Meanwhile, LeBron James had a stellar night for the LA Lakers as the veteran scored 56 points to take his team to a much-needed win. This was James’ best-ever performance for the Lakers since he has joined the team.

Curry heaped praise on James for coming up with a fine performance but doesn’t want the team to give up despite struggling in their last few matches.

Meanwhile, Curry once again top-scored for his team with 30 points but his efforts went in vain. In fact, GSW had a 14-point lead at one stage but they squandered it. Dubs head coach Steve Kerr added the team had a chance to break open the game but they were not able to grab it.

“I thought we had several chances to really break this game open,” head coach Steve Kerr said. “This has kind of been a pattern during this bad spell for us. We are not stepping on teams when they are down. We are making mistakes and allowing teams to hang around. And when you do that in this league, you’re dead.”

Curry also admitted if the playoffs were to start tomorrow, then his team would be in some trouble.

“It’s rough right now,” Curry said. “Keeping it plain and simple, it’s rough. We’ve got to find a way to claw our way out because obviously, you’ve seen in the last four games, it’s self-inflicted wounds.

“If the playoffs started tomorrow, we would be in some trouble.”