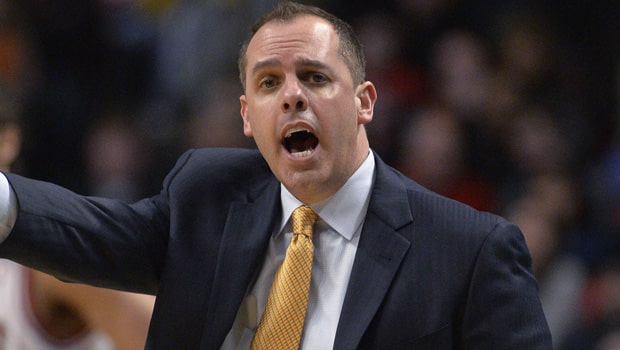 Los Angeles Lakers head coach Frank Vogel admitted that his players were not able to execute their skills correctly against Portland Trail Blazers on Saturday. Lakers lost by 105-90 as they failed to come up with a collective effort and didn’t put their plans in place.

Vogel revealed that the plan was to try to double-team the Portland Trail Blazers’ guards but their players were not able to execute their plans.

Lakers were without the services of LeBron James and looked toothless without their veteran player. Furthermore, Anthony Davis had to leave the court due to stomach illness.

Moreover, Russell Westbrook could only manage mere eight points. In fact, the starting five for the Lakers could not even get to double figures. The Lakers would have received a bigger drubbing had their bench not given them some points. Malik Monk top-scored for the Lakers, as he scored only 13 points.

Frank Vogel said the Lakers tried to double-team the Blazers’ guards but the team wasn’t executing the scheme well enough, so they pulled back into their base coverages. From there, Portland got hot and they had no chance to get back into the contest.

In fact, the Lakers were poor on their defense and just could not get going. Damian Lillard took full advantage of a bleak Lakers’ defense as the talisman scored 25 points, including six three-pointers as the opposition players had no answers to his onslaught.

Meanwhile, after poor performances from the Lakers, Frank Vogel has come under scrutiny as this was the fifth loss for the team and their second on the trot. The Lakers will need to turn the tables if they are to go all the way in the competition. In fact, the fans want Vogel to be sacked as the Lakers look far from an ideal team.

The Lakers will next face Charlotte Hornets on Monday.