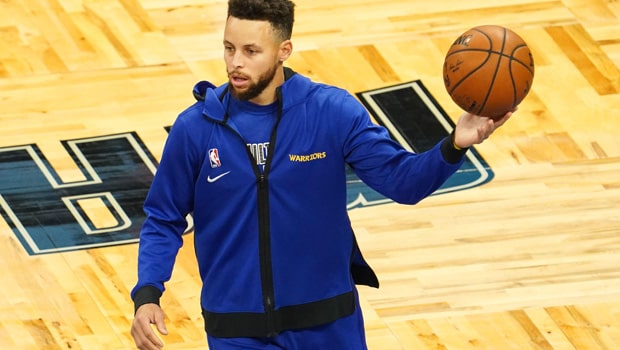 Golden State Warriors talisman Stephen Curry has said that the team just wants to win under any circumstances. GSW has got off to a dream start in the ongoing NBA 2021-22 season as they have a 18-2 win-loss record and had won their seventh match on the trot when they won against LA Clippers by 105-90.

It is not surprising to note that Stephen Curry has played a key role in the team’s success. Curry has top-scored in 13 out of the 20 matches the team has played and they are currently atop in the Western Conference standings.

In fact, GSW had such a dominating run in the NBA as they made it to the five straight finals from 2015 to 2019, in which they won three championships. Curry and Co. have started on the same note in the ongoing season and they will look to go all.

Curry said in an interview with Chris Haynes for Yahoo Sports, “You have to win to get the attention. Even just looking out at the arena, the atmosphere is different. We’re traveling heavier now. It’s a different energy around what we do. People probably don’t believe this, but I never got too high on that sauce during our five-year run, and I never got too low on it either.”

“For me, it’s about motivation. We just want to win, and we understand what comes with it, and we want to be in that situation more than anything else because we’ve experienced tha,t and we know how much fun it is.”

Haynes asked the talisman that there was a lack of title expectations from the trio of Curry, Draymond Green and Thompson, to which he said, “I was talking to Draymond about this on the plane ride down here. You have to understand how quickly things can change around the league. And there was a little doubt that crept in with us wondering would the business take over before we get to have a chance to get back with the injuries and decisions that need to be made all the while you’re working your a** off to get back physically and mentally into this very spot.”

GSW will next face Phoenix Suns on Tuesday.