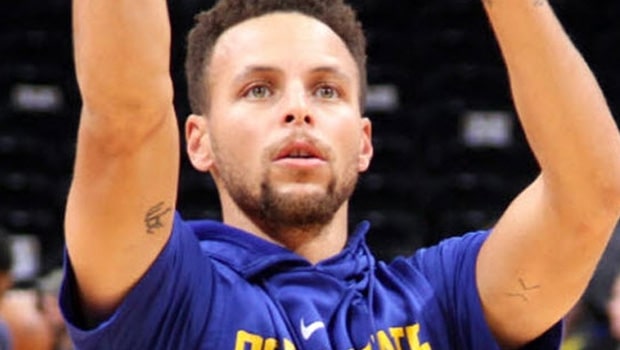 The Golden State Warriors had a season to forget in the last edition as they had finished at the bottom position in the Western Conference standings. However, Warriors talisman player Stephen Curry is optimistic that the team can turn the tables in the upcoming season of the league.

It is not going to be easy as they will be without the services of their linchpin Klay Thompson. Thompson suffered Achilles tendon injury last week on November 18 during practice and it is going to derail his much-awaited return to the team. In fact, he won’t be available throughout the upcoming season. Thus, the Warriors will have their work cut in the absence of their talisman.

Thompson is one of the best shooting guards in the NBA and his services will be deeply missed by the team. Curry knows it is a big blow for the team and it will add more weight on his shoulders.

Meanwhile, the Warriors will aim to fill in the big shoes of Klay Thompson with acquisition of veteran swingman Kelly Oubre, who averaged 18.7 points with the Phoenix Suns during the last season.

Curry told the Undefeated on Monday, “We know we can compete with anyone in the league. It’s kind of crazy. We know how great Klay is. Don’t get me wrong. But we hear the chatter. ‘It’s the end of for us. This year is a wash. What are we going to do in the future?’ But we are in the moment right now. It’s kind of refreshing being in that category as guys that are chasing. We know [the Los Angeles Lakers] are the defending champs. We got to beat them. We’re ready for it.”

Klay Thompson brings a lot of qualities to the table and Curry will miss his partner on the court. However, the Warriors will have to get the best out of the players who are available for them. Players like Draymond Green and James Wiseman will need to support Curry and they will have to come up with a collective effort.