Why Michael Jordan wore #12 jersey for a Chicago Bulls game 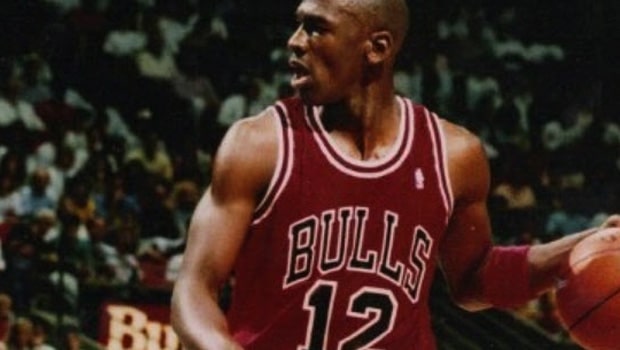 Chicago Bulls former champion Michael Jordan was well known to bamboozle the opposition while wearing the number 23 jersey. However, on 14 February, 1990 for the Bulls game against the Magic Orlando, something odd happened in the locker room just hours before the game.

Jordan’s 23 number jersey was stolen and he was forced to wear number 12 jersey which had no name. Bulls’ team staff tried their best to find a suitable jersey from the crowd but their efforts went in vain.

As expected, Jordan was not at all happy with the way the things had panned out as it disturbed his pre-game concentration.

“That has never happened to me before,” Jordan said before the game. “It’s pretty irritating because you’re accustomed to certain things and you don’t like to have things misplaced.”

Meanwhile, Michael Jordan didn’t let the jersey mishap have an effect on his game as he was at his absolute best. Jordan scored a whopping 49 points in the game with 43 shots, which was the second most shots he had ever made in an NBA game.

However, Jordan’s heroics went in vain as the Bulls lost the OT thriller by 129-135. Jordan was the lone warrior of the team on that day as the other players failed to get going. Scottie Pippen, with whom Jordan made an excellent partnership, had a game to forget as he shot terribly 6/21. Pippen scored 15 points and the Bulls went on to lose their fifth match on the trot.

On the other hand, Rodney Powell, Magic’s Director of Team Operations had revealed how the jersey was stolen from the locker room.

“One of their personnel had set up a plan to get the jersey, had actually gone through another locker room, climbed over the ceilings, came through a ceiling tile, grabbed the jersey, put it back in the ceiling,” Powell said. “Planning for, I guess, a few days later to come back and get it after thinking no one would figure it out.”

Subsequently, Jordan never wore the 12 number jersey and continued his assault on the opposition while donning the 23 number jersey for the Bulls.