Home » Basketball » You ain’t never gonna be able to count LeBron James out till it’s over: Keyshawn Johnson on LA Lakers’ title hopes

You ain’t never gonna be able to count LeBron James out till it’s over: Keyshawn Johnson on LA Lakers’ title hopes 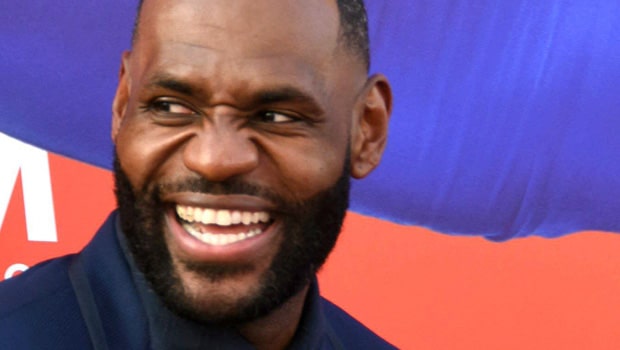 Los Angeles Lakers talisman LeBron James has missed 10 of the team’s 16 matches in the ongoing season. James hasn’t played for his team since November 2 due to abdominal strain. There is no doubt that the Lakers have clearly missed the services of their linchpin as they have an 8-8 win-loss record thus far and have lost three of their last four matches.

The Lakers lost their Thursday night match against Milwaukee Bucks by 109-102 and their issues continue to manifold. Anthony Davis scored 18 points while Russell Westbrook scored 19 points for the Lakers. Furthermore, Horton Tucker scored 25 points but their efforts went in vain.

It is palpable that LA Lakers have missed the experience and class of LeBron James. Meanwhile, Golden State Warriors are in sublime form as they have a 12-2 win-loss record and they are at the top of the standings in the Western Conference. NBA Analyst Steven A. Smith reckons Golden State Warriors will be in the NBA finals while LeBron James might have won his last NBA championship.

Smith had said, “The bottom line is, imma be in the Bay area for the Finals this year. Warriors going to the Finals… I think LeBron has won his last title, I think it’s over.”

However, in Keyshawn, JWill, and Max’s show, Keyshawn Johnson believes it is not wise to count LeBron James and LA Lakers out of the ongoing season as the talisman is known to give his best till it’s over. James has many a times proved his critics wrong and he would look to once again prove his mettle by taking LA Lakers to glory.

“Golden State is the flavor of the month, Steph Curry, they doing the thing… but you ain’t never gon’ be able to count that dude LeBron out, till it’s over.”

James is still at the top of his fitness and he would look to make a solid comeback from injury. LA Lakers will look to get back to winning ways against Boston Celtics, which they will face on Friday.