IPL 2021: Certainly we have to look after him – Mike Hesson reveals why AB de Villiers didn’t take gloves 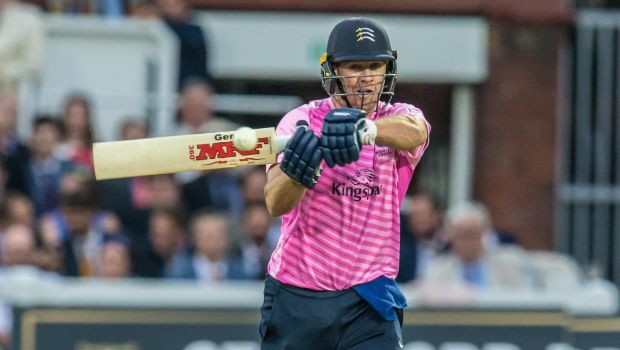 Hesson feels it is crucial for the team to manage AB de Villiers’ workload as he is a vital cog in their wheel.

AB doesn’t play any other form of the game and thus it is imperative to look after him. RCB decided to give debut cap to KS Bharat however the right-hander could not grab his opportunity as he struggled to get going while batting at number three.

Thus, RCB had to leave out Rajat Patidar who had received his opportunities in the first phase of the IPL 2021.

Meanwhile, AB de Villiers was dismissed for the golden duck by an inswinging yorker from Andre Russell. Furthermore, Virat Kohli could only manage five runs before he was plumbed in front of the wickets by Prasidh Krishna whereas Glenn Maxwell was cleaned up by Varun Chakravarthy. As RCB’s big three batsmen failed to get going, they could only manage 92 runs on the board after Virat Kohli decided to bat first.

Addressing a virtual press conference, Mike Hesson said: “Well I think you saw AB de Villiers didn’t have the gloves. Certainly, we’ve to look after AB. He is a very important player for us and not one we can risk at the moment behind the stumps.

“It was unfortunate for Rajat (Patidar) but we obviously needed a keeper who can bat at No.3 and to be fair KS Bharat has been outstanding in the whole camp. Certainly deserved his inclusion. The reason is obviously with AB not keeping, we needed to make a change at the top,” he added.

On the other hand, RCB was not able to keep Varun Chakravarthy at bay as he returned with impressive figures of 3-13 in his four overs. Hesson lauded the KKR’s mystery spinner for his match-winning spell.

“Well, it is very tough to start against Chakravarthy. The fact that we kept losing wickets regularly gave him the chance to attack the new batsman. It was no surprise to us in terms of what we were going to face with [Sunil] Narine and [Varun] Chakravarthy.

“They both bowled incredibly well, got a hold in the surface, and often bowled to new batters. I think Varun Chakravarthy bowled extremely well and we were not just able to combat it,” Mike Hesson added.

RCB will next face CSK at Sharjah on 24th September.