IPL 2021: Varun had an unbelievable day, Iyer’s knock signifies the brand of cricket we want to play – Eoin Morgan 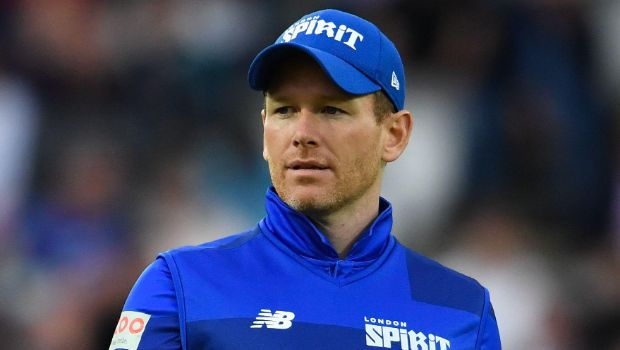 Kolkata Knight Riders captain Eoin Morgan was delighted after his team resumed their IPL 2021 campaign on a high as they defeated Royal Challengers Bangalore by nine wickets at Sheikh Zayed Stadium in Abu Dhabi on Monday.

KKR was able to bundle out RCB at a meager score of 92 runs after Virat Kohli won the toss and decided to bat first.

However, KKR got off to a good start as Prasidh Krishna trapped Virat Kohli in front of the wickets with an in-ducker. Subsequently, RCB could not get going as they lost the big wickets of Glenn Maxwell and AB de Villiers. The former South African skipper was removed by a brilliant yorker by Andre Russell for a Golden duck while Maxwell was cleaned up by Varun Chakravarthy when the Australian tried to force the pace.

The rest of the RCB’s batsmen also struggled to achieve any kind of momentum and they could only manage 92 runs on the board. Chakravarthy returned with figures of 3-13 whereas Russell took 3-9 and impressed with the ball.

“Yeah, I think the match-ups with Andre Russell really worked. The pitch the way it played throughout the whole innings was more seamer-friendly even though Varun had an unbelievable day. I thought the pitch assisted the seamers with big size boundaries,” Morgan said during a virtual post-match press conference.

On the other hand, Shubman Gill and debutant Venkatesh Iyer gave a rollicking start to the team as they added 82 runs for the opening partnership. Gill got back into form as he scored a vital knock of 48 runs whereas Iyer impressed on his debut as he scored an unbeaten knock of 41 runs. Morgan added that Iyer’s knock signifies the brand of cricket they want to play in the rest of the season.

KKR will next face MI at the same venue on Thursday.