Home » Cricket » 10 overs of Rishabh Pant on Day 5 might give India the advantage: Michael Vaughan

10 overs of Rishabh Pant on Day 5 might give India the advantage: Michael Vaughan 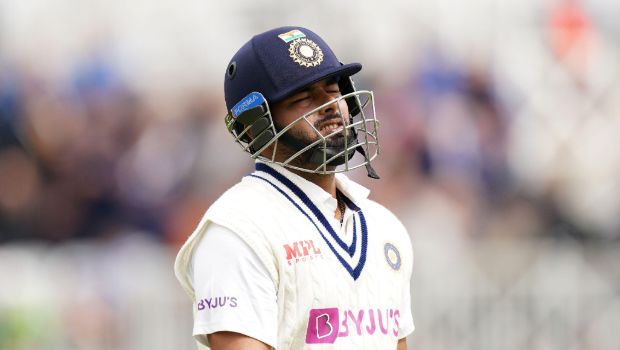 Former England skipper Michael Vaughan believes if Rishabh Pant can bat for 10 overs on the final day of the Lord’s Test, it will certainly give an advantage to India.

Pant has the skills of turning the match on its head with his blistering batting and he is going to hold the key for the visitors on the final day.

India currently leads by 154 runs and one feels that the ball is in England’s court but it can quickly change if Pant can get going on the last day. Pant has shown in the past that he can hit the ground running and he is known for his audacious play.

The left-hander had scored 97 runs in the Sydney Test match, which helped India in saving the Test match against Australia. Furthermore, he scored a match-winning knock of unbeaten 89 runs in the historic Gabba Test match and took India to an emphatic four-wicket victory.

Thus, the southpaw has the skills to take the game away from the opposition in a jiffy and he can be a dangerous batsman for England if he gets going.

“India might get 20 more, or 50 more or a 100 more. You never know with Rishabh Pant. 154, it doesn’t sound a great deal. You look at the scenario tomorrow, 10 overs of Rishabh Pant, he will score quickly. And that lead will go to 180, to 200,” Michael Vaughan said on BBC’s Test Match Special podcast.

Vaughan added that it is not going to be easy for England to chase anything around 200 as the pitch is not easy to bat.

“If India bat 15 overs, then that gives England around 72 overs to chase, maybe 200, 210. Then they are going to have to score at 3 an over. 181 runs have been scored today. The kind of pitch that it is not going to be easy to go, flaying the ball to all parts,” Michael Vaughan added.

Vaughan added that Ravindra Jadeja will be a threat for the right-handers as he will be handy on the fifth day pitch, which will provide assistance to the spinners.

“And you have got Jadeja. Jadeja, to all those England right-handers, he is going to be a real threat on this kind of a wicket.”

Meanwhile, Rishabh Pant will want the support of the tailenders whereas England will want to strike early on the fifth day.