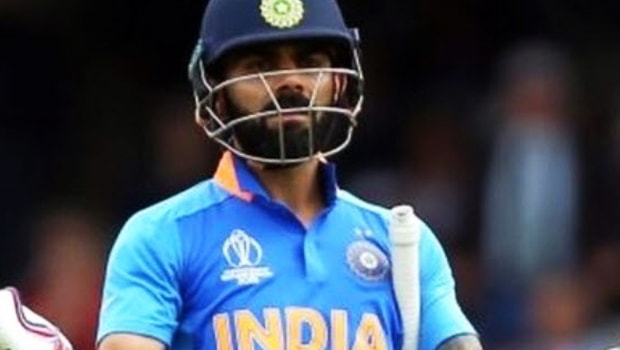 The Indian captain Virat Kohli believes his highest ODI score of 183 against arch-rivals Pakistan in 2012 Asia Cup in Dhaka was the game changer for him. Kohli was yet to make a big mark in the team and the way he batted in the run-chase was extraordinary. India was chasing a huge score of 330 runs and they lost the early wicket of Gautam Gambhir.

Interestingly, it was Sachin Tendulkar’s last ODI inning and Kohli was able to get a partnership of 133 runs with his idol. Subsequently, Kohli stitched an alliance of 172 runs with Rohit Sharma, who scored 65 runs but Kohli carried on and brought his century off 97 balls. However, the Delhi batsman knew his job was not done yet and he had to get a big one to help his team get close to the target.

Subsequently, Dhoni and Raina provided the finishing touches and it was India’s highest successful run-chase at that time.

Kohli recalled Pakistan had a potent bowling unit and it was not easy to score against them as all the bowlers had different variations. Kohli scored 183 runs off only 148 balls and it laid down the platform for his illustrious career. A big knock against the arch-rivals soon made Kohli the talk of the town.

“Their bowling attack was quite potent. At the time they were a really challenging bowling attack because of the variations,” Kohli said in an Instagram live video chat with his Indian teammate Ravichandran Ashwin.

“There was (Shahid) Afridi, Saeed Ajmal, Umar Gul, Aizaz Cheema and there was Hafeez as well. For the first 20-25 overs the conditions were clearly in their favour but I remember I was just happy batting next to paaji (Sachin Tendulkar). It turned out to be his last ODI innings and he scored a 50 and we got a 100-run partnership so that was a memorable anecdote for me.”

“It naturally happened because I was constantly boosting myself up to want those situations to happen. I think that turned out to be a game-changer for me,” Kohli added.

The gargantuan knock gave a shot in the arm to Kohli that he can help the team in chasing down big targets. In fact, Kohli has scored 26 ODI centuries while batting in the second innings.

Virat Kohli has come a long way in his career since then and he hasn’t looked back. Kohli has scored 43 ODI centuries and he has always played a major role in the run-chases. The talisman has scored 11867 runs in 248 matches at an impressive average of 59.33. The right-hander is now the best batsman in the ODI format and his records speaks for himself.