2005 Ashes stands out as a special series – Shane Warne 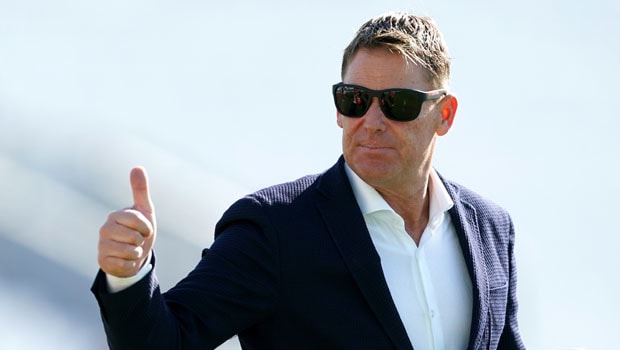 Former legendary Australian spinner Shane Warne played nine Ashes series in his illustrious career and he only lost a solitary one. That series was the 2005 Ashes which England won by 2-1 to regain the urn after 18 long years. Warne stated the 2005 Ashes stands out as a special series.

In the first Test match of the series which was played at the Mecca of Cricket, Lord’s, Australia had steamrolled England by 239 runs. However, the hosts bounced back in style to win the second Test at Edgbaston by two runs. The Edgbaston Test is regarded as one of the best Test matches ever played.

Have loved listening to everyone’s #ashesmemories so far and thanks for the nomination Alfie. Here’s mine and I nominate “Hooter” @errolalcottphysio ! Over to you mate

Andrew Flintoff had wreaked havoc as the all-rounder had scored 68 and 73 in each innings. Furthermore, he scalped seven wickets in the second Test match.

The third Test match at Old Trafford ended in a stalemate and England once again won a thriller in the fourth Test at Nottingham by three wickets. The final and fifth Test match was drawn. Meanwhile, former Australian skipper Ricky Ponting had recently stated that the 2005 series was one of the best cricket series ever played.

The Ashes is the oldest cricket rivalry and Warne recalled that the whole series was played in good spirit between the arch-rivals.

“Every Ashes series was special, it was outstanding. The 2005 Ashes series stands out as a special series even though we lost, I played in nine Ashes series and it was the only one I lost. I think the sportsmanship and skill that was in display caught everyone’s attention,” Warne said in the video posted on Instagram.

“Ashes series has always been played in great spirit. We used to have been in each other’s dressing rooms after the close of play. I think that’s what really stands out in my Ashes memories, those friendships have been made for life,” he added.

Meanwhile, Shane Warne was at the top of his game in the 2005 Ashes. The leg-spinner scalped 40 wickets at a staggering average of 19.93 in five Test matches to end up as the leading wicket-taker. Moreover, he scored 249 runs in the series and he was awarded the Player of the series from the Australian side.