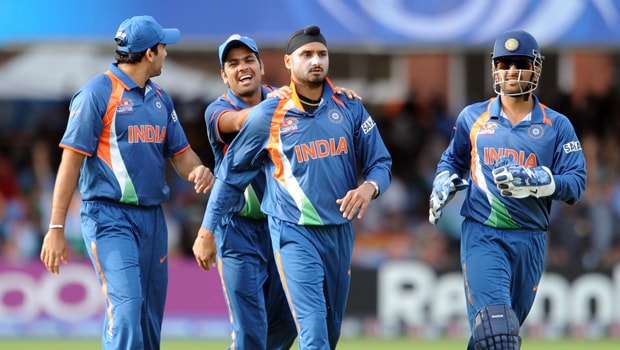 India had a potent side in the 2007 World Cup but they were knocked out in the league stages after losing to Sri Lanka and Bangladesh. There is no doubt that the early exit of the 2007 World Cup was a nadir point in Indian cricket. Harbhajan Singh, who was part of the team, feels it was the lowest point of his cricketing career.

In fact, India had experienced players like Virender Sehwag, Sachin Tendulkar, Rahul Dravid, Sourav Ganguly, Ajit Agarkar, Yuvraj Singh and Zaheer Khan. However, the team was not able to get going in the ODI showpiece.

Harbhajan criticised the then India head coach, Greg Chappell for dividing the team. The off-spinner added that Chappell had bad intentions and he wanted to divide and rule. Chappell’s coach tenure is always criticised by the cricket pundits and former Indian skipper Sourav Ganguly has many times blamed Chappell for his exit from the national team.

Harbhajan added the players were not in the right frame of mind during the World Cup and thus they were not able to produce the results. Rahul Dravid-led was shown the exit doors after they lost the league stage match against Bangladesh by five wickets.

India also lost their match against Sri Lanka by 69 runs and thus could only win a solitary match against Bermuda. Consequently, they finished group B at the third place and could not make their way into Super Eights.

Harbhajan added that wrong people were at the helm of Indian cricket at that time.

“2007 50-over World Cup has to be the lowest point of my career, I thought we are going through such a difficult time and I also thought that maybe it is not right time to play for India, wrong people were at the helm of Indian cricket, Greg Chappell was trying to divide and lead, he used to do such things,” Harbhajan said on the official YouTube channel of Aakash Chopra.

It was a hard phase of Indian cricket as the players were not able to play at their best. Greg Chappell was appointed the national coach after John Wright’s contract ended in the 2004-05 season.

Chappell resigned from the coveted post after the 2007 World Cup and the Indian team was able to turn the tables in the 2007 T20 World Cup when a young MS Dhoni took the team to glory.