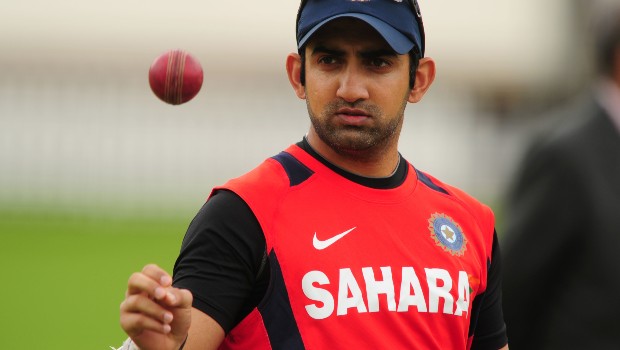 Former Indian opener Gautam Gambhir lambasted at ESPNCricinfo tweet which praised MS Dhoni’s winning shot of the 2011 World Cup final. Gambhir reminded the organisation that the World Cup was won by the entire team and asked them to end the obsession of a six.

Just a reminder @ESPNcricinfo: #worldcup2011 was won by entire India, entire Indian team & all support staff. High time you hit your obsession for a SIX. pic.twitter.com/WPRPQdfJrV

Gambhir wrote on his Twitter handle, “Just a reminder @ESPNcricinfo : #worldcup2011 was won by the entire India, entire Indian team & all support staff. High time you hit your obsession for a SIX”.

Sri Lanka’s captain Kumar Sangakkara had won the toss and decided to bat first. The visitors posted 274 runs after Mahela Jayawardene scored a fine knock of 103 runs. Consequently, India had to chase the highest ever score in a World Cup final.

The hosts were in a spot of bother after they lost two early wickets of Sachin Tendulkar and Virender Sehwag. Ergo, a partnership was the need of the hour for the Indians.

Gautam Gambhir and MS Dhoni joined forces when the team was 114-3. Subsequently, Gambhir and Dhoni shared an alliance of 109 runs to help India put their noses ahead.

Gambhir scored a fine knock of 97 runs whereas MS Dhoni raced to 91 runs off just 78 balls. Dhoni was out of form in the whole tournament but promoted himself in the batting order to keep right-hand and left-hand combination going after the dismissal of Virat Kohli.

There was a lot of pressure on the Indian skipper but he was successful in delivering the goods when it mattered the most in the all-important final.

Meanwhile, it is well known that Gautam Gambhir and MS Dhoni don’t share the best of camadaries with each other. Gambhir had also criticised Dhoni when the former Indian skipper had said that he can’t play Gambhir, Virender Sehwag and Sachin Tendulkar in the same team as it impacts the team’s fielding.