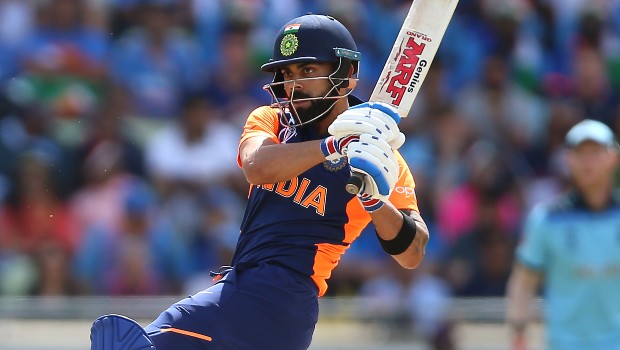 The Indian captain Virat Kohli believes the 2014 England tour will always be the milestone of his career. Kohli reckons that the bad tour at that stage of his career was a blessing in disguise as he may have continued to bat in the same way he was batting had that tour not happened. The right-hander could only accumulate 134 runs in five Test matches at an average of 13.4.

The Indian batsman struggled to get going against the outswing deliveries. England ace paceman James Anderson continuously breathed down the neck of Kohli with the off-stump line and Kohli could not deliver the goods. Kohli was dismissed while meddling with the wide deliveries and he was mostly caught in the slips on the England tour.

However, Kohli did learn a lot from the tour and practised even harder after watching the video footage of the tour. Kohli stated that the dismal tour to England helped him change how he approached Test cricket. The Indian captain added that he also worked on his head position.

The right-hander admitted that he made some technical changes to his batting methods. Kohli also gave credit to Sachin Tendulkar, who told him to take a forward stride even while facing the fast bowlers.

Subsequently, Kohli trained under the watchful eyes of Sachin Tendulkar and Ravi Shastri in Mumbai and grew in confidence.

“When I came back I spoke to Sachin paaji and did a few sessions with him in Mumbai. Ravi bhai too had called me and Shikhar to his room as he also wanted to have a word with him on something and we had a practice session as well”, said Kohli.

India then toured Australia in the same year and Virat Kohli was able to turn the corner. Kohli was a different batsman altogether as he batted at the top of his game. The right-hander scored 692 runs in four Test matches at a splendid average of 86.50 and scored four centuries on the tour against Australia.

Kohli hasn’t looked back since then and he has always been consistent in the red-ball version. The Indian captain values Test cricket and he has amassed 7240 runs in 86 Test matches at an average of 53.63.