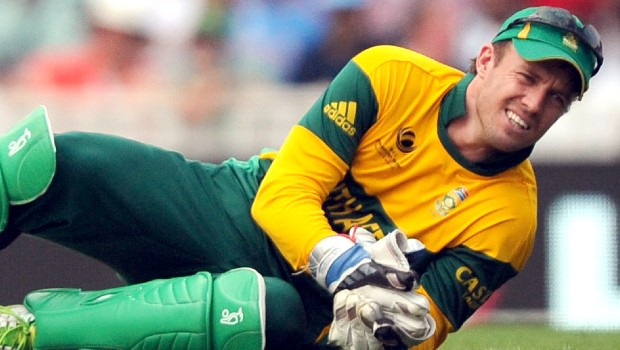 Former South African skipper AB de Villiers stated that 2015 semi-final loss against New Zealand was a major setback for him. AB admitted that he was not able to move on from the loss for almost 12 months and it went on to play a big role in his sudden International retirement back in May 2018.

Five runs were needed off the last two balls for New Zealand to make their way into the final of the 2015 World Cup. Grant Elliott smashed a six to seal the deal for the Kiwis and the shot left all the Proteas players in tears.

It was difficult for AB de Villiers to once again play after the heartbreak of the 2015 World Cup. The talisman admitted that he was not able to move on and he should have had a word with the coach or the team staff.

“That really wore me down a touch but I kept playing, I tried to bite the bullet, I tried to be there. I was batting really well. I still had incredible friendships and memories,” de Villiers said during a ‘Cricbuzz in Conversation’ show hosted by Harsha Bhogle.

“The next 12 months was really tough for me. Maybe I should’ve been more honest about it when I look back and communicated about it. I felt like I was a little bit alone at the time but it’s silly to say that you’re alone if you don’t seek help, if you don’t talk about it,” he said.

Winning a major trophy is one of the top goals for any player and AB de Villiers had the same ambitions. The pressure was immense on the linchpin batsman as the Proteas could not once again cross the last few hurdles. South Africa doesn’t have a great record in the knockout matches of the World Cup and it was the same old story in the 2015 ODI showpiece.

Subsequently, AB de Villiers sent shocking waves in the cricketing world when he decided to call it a day from International cricket in May 2018. There was a lot of talk that he wanted to come back for the 2019 World Cup but it wasn’t to be the case.

Meanwhile, AB has once again shown his interest to play for the Proteas in the T20 World Cup and he has been in constant touch with head coach Mark Boucher. The right-hander will lead Eagles in a newly introduced 3T format, which will begin from July 18. Subsequently, he will take a decision on his future with the Proteas.