2017 Test series: Australia thought they had won, but lost the plot – Pujara 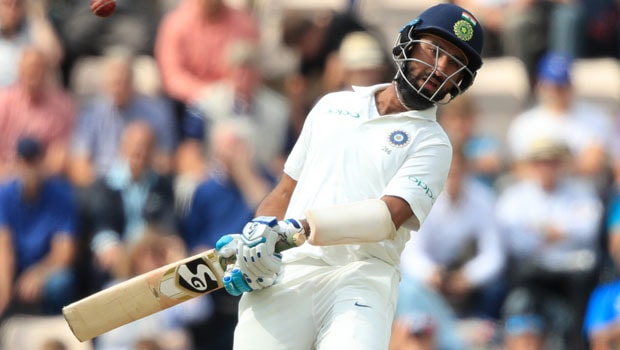 India batsman Cheteshwar Pujara has revealed how Australia lost the second Test of the four-match home series in 2017 after they thought they had won it.

According to the ace Test batsman, the visitors were ahead in the game for a little while, thinking they have achieved what they wanted, which gave them the feeling that the game had been sealed, but they eventually lost it.

Recall that India had been humiliated in the first Test, which they lost by 333 runs in Pune, putting them on the backfoot.

In a Instagram Live session with Ashwin, Pujara revealed that the team sat and chatted after the first Test match, adding that comeback is usually difficult in a 4-Test series after being 1-0 down.

Speaking further, Pujara said India was also bowled out cheaply during the first inning of the second Test in Bengaluru as well.

Pujara during the innings batted at number three and was only able to record a mere 17 while Australia had another 87-run lead, which put them in course for another win in the Test match.

Admitting that the team failed to bat well in the 1st innings in Bengaluru, he said due to that situation; he was under intense pressure when walking into the field.

But things changed after the 1st innings, as Anil Kumble chatted with him on how he could tackle Nathan Lyon. After that, he got some information from the NCA and was able to work on some things which helped him.

After getting his mojo back, Pujara and Ajinkya Rahane recorded a century during the second innings, which helped India out of troubled waters. Pujara’s 92 and Rahane’s 52 helped India set a 187-run target.

When walking in during the second inning, Pujara said he was under pressure due to the kind of sledding they did, thinking they were ahead of, but the table turned after the tea break.

After the team break, Indian bowler, Ravichandran Ashwin, got his team back into the scheme of things, picking 6/41, and Australia was out for 112 and lost the game by 75 runs.

The third match held in Ranchi ended in a draw, and India took the fourth and final Test, winning by eight wickets in Dharamsala.