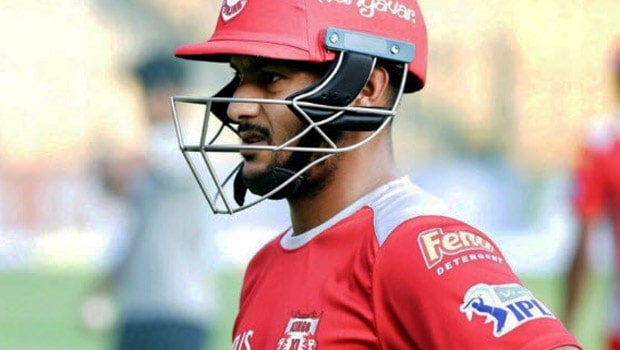 Having recently been one of India’s leading light in Test cricket, Mayank Agarwal is hoping for a breakthrough in the 13th India Premier League to be held in the United Arab Emirate.

Agarwal has become a new sensation ever since he made his debut on Boxing Day during India’s tour of Australia in 2018-19. The right-hander from 11 Tests has scored 974 runs with three centuries.

Agarwal, who has also featured in 3 ODIs, is hoping to enhance his reputation as an all-format specialist in upcoming India’s premier event. The 29-year-old will be donning the Kings XI Punjab jersey.

Speaking with TOI in an interview,  Agarwal said it’s an honour to play alongside captain KL Rahul and for coach Anil Kumble, who are all from his state, Karnataka. He further stated that it is great also to have Karun Nair, Gautam and even Suchith on the same side, having played a lot of cricket together for Karnataka. This means they know each other’s game well.

He also said that KXIP had done everything there is to make them feel at home.

While describing playing for the team as lovely, the 29-year-old right-hander said he had no worries when he began full-fledged practice in the UAE with the full squad because he has not too many expectations.

While nothing that the team hasn’t trained for an extended period due to the COVID-19 lockdown, Agarwal KXIP arranged a few sessions for them in Bengaluru before coming to the UAE. Thie, he said it allowed them to have few hits. According to him, it was more about getting back into rhythm.

Having established himself in test cricket, Agarwal is hoping that he will be able to establish himself in the T20s this season. He added that he is preparing for the game to the best of his abilities, having covered all bases.