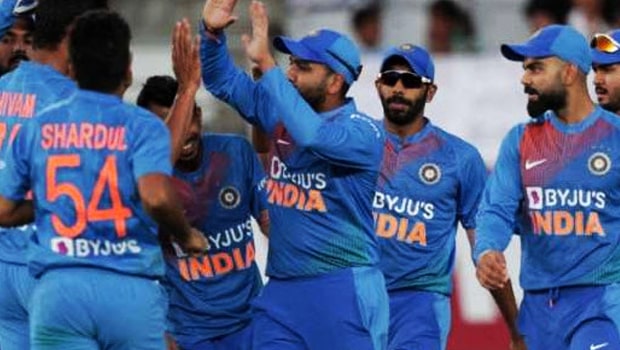 India is now leading the T20I series 2-0 against New Zealand after beating the hosts by seven wickets.

This has tightened their grip on the T20I series. All thanks to Indian bowlers who were on top of their games as they stifled the hosts at Eden Park on Sunday.

With the bowlers reducing the hosts’ run to 133, India, with its formidable batting line-up, knew that it would be a cakewalk for them on a pitch that was slightly on the slower side. They quickly drubbed their host with 15 balls to spare.

Ravindra Jadeja, Jasprit Bumrah and Mohammed Shami stifled the New Zealand’s batters after the hosts surprisingly chose to bat, by restricting them to 132 for five.

When it was the turn of India to bat, KL Rahul with 50 balls scored 57 not out while Shreyas Iyer scored 44 off 33 balls, making the duo to have 86 runs for the third wicket.

Rohit Sharma’s twin failure was glaring when Tim Southee took 2-20. The same was true with the skipper, Virat Kohli, who added Kohli added 31 runs for the second wicket with Rahul.

The Kiwis restricted Rohit to 8. He was out caught at slip in the first over off Southee, with the hoss bowlers showing compatibility that didn’t allow the Indian top order to get more runs, unlike the first T20I on Friday.

Kohli, who scored 11 off 12 balls, was caught behind off Southee in the sixth over with Tim Seifert taking a brilliant diving catch.

With the early dismissal starting to show the impact on the proceedings, Rahul-Iyer later settled down in the passage of play. This led to the rotation of strike that produced 50 runs from 55 balls with minimal.

In the encounter, Rahul got his 11th T20I half-century off 43 balls via three fours and two sixes, while Iyer had one four and three sixes to his credit.

Having crossed 100 in the 15th over wit 33 runs to win the game, Iyer was later dismissed by Sodhi (1-33), but Rahul partnered with Shivam Dube, who finished the job with a six over mid-wicket.

After choosing to bat, the hosts failed to get enough momentum in the middle overs and finished with a sub-par total.

From their 133, Martin Guptilltop the chart with 33 off 20 balls, while Tim Seifert was unbeaten on 33 not out off 26 balls.

Others were Guptill and Colin Munro (26), with 48 runs for the first wicket.