3 times Sachin Tendulkar powered India to victory with the ball 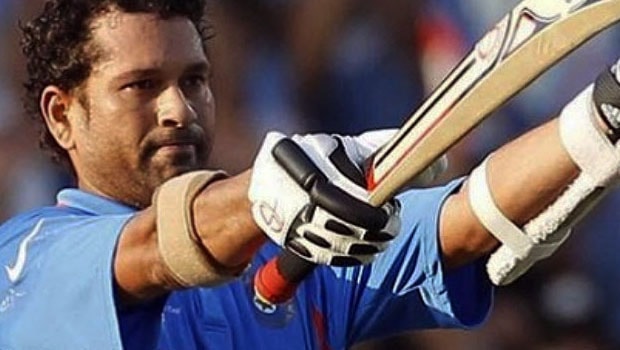 All of us mostly know Sachin Tendulkar for the batsman he was but only a few people know that he was a good bowler too. When it comes to one-day internationals, he has over 150 wickets to his name and that include some memorable match-winning performances as well. So without further adieu, let’s take a look at three of Tendulkar’s most memorable bowling performances in ODI history.

This was the tournament opener of the 1998 Triangular series between India and Australia and Tendulkar had returned to the pavilion right inside the fourth over of India’s innings for a contribution of just eight runs. However, fifties from Mohammad Azharuddin and Hrishikesh Kanitkar, and a century from Ajay Jadeja, helped India in posting a daunting total of 309/5 in their 50 overs.

Australia got off to a flying start as they raised their 100 up inside just 12 overs. They seemed to be cruising towards the target when Steve Waugh and Michael Bevan were batting with Australia’s score on 203/3 in 32 overs. However, a fine spell of bowling by Sachin Tendulkar saw him running through Australia’s middle and lower order. Once he got rid of Waugh and Bevan, the other wickets fell pretty cheaply. Australia were thus bowler out for 268 runs and Tendulkar had registered a brilliant bowling spell of 10-1-32-5.

The figures might look pretty odd to appear in list jotting down best bowling performances but Tendulkar’s spell of 1-0-3-0 is indeed one of the best bowling performances of his career. In this first Semifinal of the Hero Cup between India and South Africa, the hosts had posted a pretty low total of 195 on the board. Apart from Mohammad Azharuddin (90) and Praveen Amre (48), none of the other Indian batsmen could do anything of note- not even Tendulkar. However, what he did in the last over of South Africa’s innings while defending only six runs is still one of the most talked about overs in the history of ODI cricket.

The Proteas needed just six runs to win in the final over and had only one wicket in hand. Instead of going to a specialist bowler, skipper Azharuddin handed the ball over to Tendulkar. The Little Master was accurate with the line and length of each of his deliveries and the subtle variations on pace made it difficult for the duo of Fanie de Villiers and Allan Donald to read them. As a result, they could manage only two runs of the over and thus India won by two runs.

This is another instance when Tendulkar failed with the bat but made amends for it with the ball. He made just four runs while opening the innings as India batted first in this first match of the series against Pakistan at Kochi. But centuries from Virender Sehwag ans Rahul Dravid propelled India to a competitive total of 281/8.

Pakistan didn’t get off to a good start as the Indian pacers reduced them to 64/4 by the 13th over. However, skipper Inzamam Ul Haq and Mohammad Hafeez steadied the ship and took Pakistan’s score to 112/4. That was where Tendulkar started spinning his magic. He had Inzamam cleaned up first and then went on to claim the wickets of Hafeez, Abdul Razzaq, Shahid Afridi and Mohammad Sami to complete his fifer. Zaheer Khan took the last wicket of Naveed ul Hasan whereas Tendulkar finished with bowling figures of 10-1-50-5.