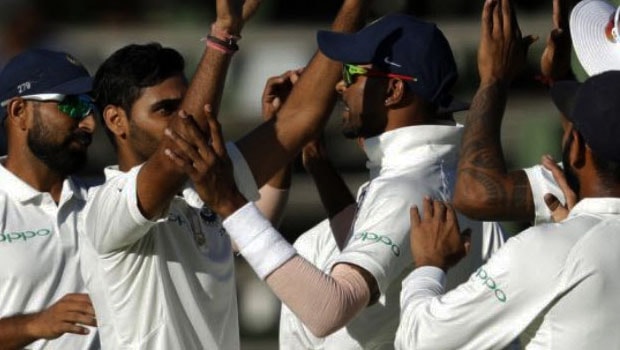 The World Test Championship started in August last year and it had been a hard fought contest until the coronavirus pandemic brought all cricket to a standstill. As things stand now, India are topping the table having won seven out of their nine matches so far and they are followed by Australia, New Zealand and England at second, third and fourth respectively. A lot of credit for India’s success goes to the batsmen. Most of them have been in fine form and here we will take a look at three of their top scorers in the Championship so far.

The Indian opener is the highest scorer for the team in this championship so far. He has scored 779 runs till now at an excellent average of 55.64. These runs include three centuries and two fifties with his best score reading a massive 243 which came against South Africa at home last year. He is an aggressive batsman by nature but has taken to his role as a Test batsman quite well. He has been a consistent scorer and will look to add more runs to his tally once cricket begins again.

The experienced middle-order batsman has the second most runs for Indian during this period. Rahane has amassed a total of 715 runs in the Championship so far at an even better average of 59.58 than Agarwal. His best score reads 115, and he has scored five fifties and one more hundred along with that. Rahane has dug India out of many tricky situations. He is their man to look up to during crisis situations and he has done exceptionally well on most occasions.

The Indian skipper has the third highest number of runs for his team in the Championship so far. Kohli has 627 runs to his name during this period at an excellent average of 52.25. These runs include two centuries and two fifties, which include a best score of an unbeaten 254 as well. Kohli is one of India’s mainstays in the middle-order. His role at number four is one of the most difficult batting job in Tests but he has lived up to the challenge without any fuss.