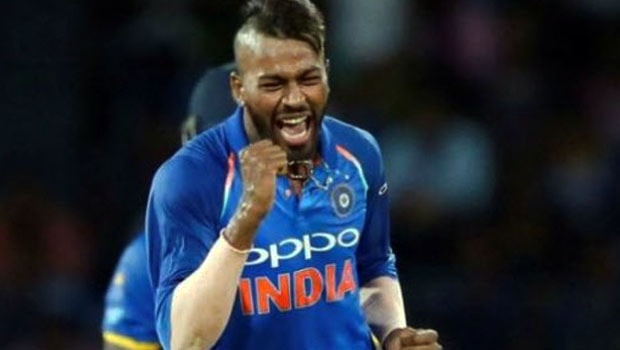 Hardik Pandya has been a force to reckon with ever since he made his debut in IPL for Mumbai Indians during the 2015 season. A fast bowling all-rounder who can hit the ball hard along with scoring runs in bulk as well has been a rare sight in Indian cricket for a long time. But Hardik has made full use of this opportunity and here we’ll take a look at three of his most memorable knocks in the history of the league.

The last season of the Indian Premier League was a memorable one for Hardik Pandya as he was seen at his best with the bat. Be scored over 400 runs during the course of the league and that included a superb knock of 91 off just 34 deliveries against Kolkata Knight Riders. It came when Mumbai were under pressure at 58/4 while chasing a massive target of 233 runs posted by KKR. It was supposed to be Andre Russell’s night as the West Indian was the top scorer for KKR with a knock of 80-odd runs but Hardik matched Russell in every aspect and threatened to chase the target down single-handedly. However, he was dismissed in the 18th over of the innings and thus Mumbai Indians failed to chase the target down.

A score of 35 might not seem to be that impressive but it can always be a high impact knock in the context of the game when it comes towards the end of the innings. Hardik’s 35 against Pune was a similar kind of knock as he had carted Ashok Dinda for 28 runs in the final over of Mumbai Indians’ innings to take their score from 154/7 in 19 overs to 184 in the end. Hardik’s knock came of just 15 balls and it included four sixes and a four in the last over itself. Mumbai, though, couldn’t win the match as RPS chased it down comfortably but Hardik was brilliant with his performance nevertheless.

This was Hardik’s debut season in the IPL but the talent was visible right since his early days as he smashed 61 off just 31 deliveries to take Mumbai from a tricky situation of 79/4 to a final score of 171 runs. The team at the receiving end was Kolkata Knight Riders once again as Hardik had carted their bowlers for 8 fours and two sixes as well. A score of 171 gave Mumbai the chance to put on a fight on a good batting track and the match ended in a thriller as Mumbai won by just 5 runs. Hardik was deservedly adjudged the player of the match as well.