Home » Cricket » 3 memorable knocks by David Warner in the IPL

3 memorable knocks by David Warner in the IPL 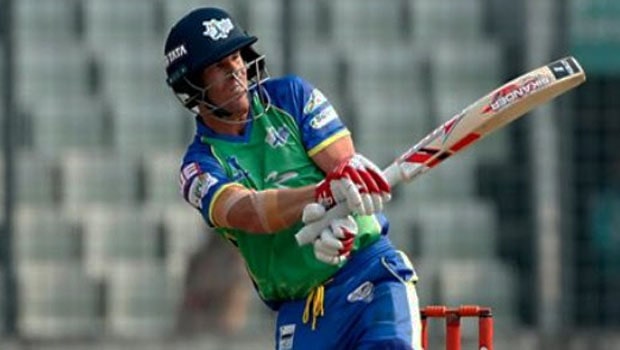 David Warner has been one of the best overseas players in the Indian Premier League over the years and he stands at the fourth spot in the list of most runs in IPL history as well. The Australian batsman has 4706 IPL runs to his name at an outstanding average of 43.17 and that includes four centuries and 44 fifties as well. In fact, no other overseas player has more runs than Warner in the history of the tournament. That said, let’s take a look at three of the most memorable knocks played by the southpaw in the IPL.

This was Warner’s second century in the IPL and his first one while playing for Sunrisers Hyderabad (his first century came in 2009 while playing for Delhi Daredevils). Batting first, Warner got his team off to a flier and carried on on the same way throughout his knock. The result was a magnificent knock of 126 off just 59 deliveries, an innings that consisted of 10 fours and 8 sixes. Such was the brutality of his innings that it propelled the Sunrisers to a massive total of 206 runs. The target proved to be too much for KKR as a fine bowling performance powered Hyderabad to a 48-run victory.

This was Warner’s first IPL century and it came during his early days in the tournament. Deccan Chargers had set a daunting target of 188 runs for Delhi Daredevils to chase. However, Warner made a mockery of the chase as he smashed 109 runs off just 54 deliveries.

Despite losing his opening partner Virender Sehwag early in the innings, Warner continued to score at a rapid pace. Naman Ojha supported him well too and the duo forged an unbeaten stand of 189 runs to take Delhi over the line with more than three overs to spare. Warner smashed a total of 10 fours and 7 sixes during his knock and was deservedly adjudged the Player of the match as well.

This is the more recent one of his four IPL centuries. Warner scored an unbeaten 100 off just 55 deliveries against Royal Challengers Bangalore last season. He smashed 5 fours and an equal number of sixes on the way to his century and was involved in an 185-run stand with Jonny Bairstow as well. The English batsman, though, was the aggressor in chief as he scored 114 at a strike-rate of over 200. Warner played more of a second-fiddle role but yet managed to score at a beastly rate of 181.81. Their knocks helped the Sunrisers to a massive total of 231 and they won the match as well.