3 players who can solve India’s opening conundrum in Tests 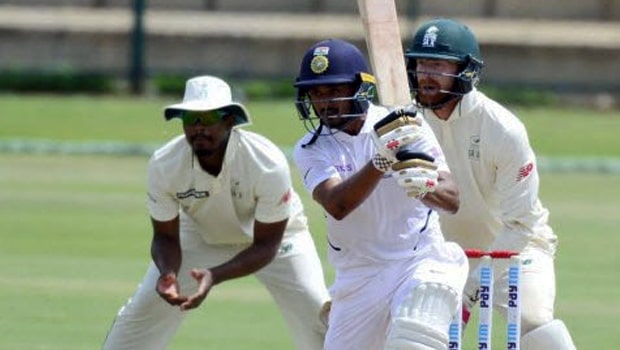 The Indian selectors have made it quite clear that Rohit Sharma is going to partner Mayank Agarwal at the top of the order in the upcoming three-match Test series against South Africa. This move has been made after KL Rahul news and he continued his torrid run in the format even during India’s tour of the West Indies. And with Prithvi Shaw out until the end of this year with a doping ban, the selectors and the team management are hoping to see Rohit carrying his white-ball form into Indian Test cricket team. While it is understandable why they are placing their faith in a player of Rohit’s calibre, there are probably a few more players who deserved a call-up ahead of Rohit considering the way they have performed in domestic cricket. Let’s have a look at them.

Priyank Panchal: The 29-year-old batsman from Gujarat recently made headlines when he slammed a ton in the second unofficial Test match between India A and South Africa A which ended in a draw. He has been a prolific run-getter in first-class cricket over the years and a tally of 6301 runs at an average of 47.37 is testimony of that fact. These runs include 45 scores of fifty-plus, 22 of which are centuries. Moreover, he has a best score of 314* as well and that gives an idea about his temperament and tenacity as an opener.

Reading about the batting exploits of Gujarat’s ‘Mr Consistent’ Priyank Panchal in the 2nd unofficial Test for India v SA A, I wonder when the selectors will give him a go in the Test team. With a 1st class average of over 47, few have matched his consistency in domestic cricket. pic.twitter.com/whs07kbOZj

Abhimanyu Easwaran: The 23-year-old was appointed as Bengal’s captain recently on the back of some stellar performances with the bat in the 2018/19 Ranji season. Easwaran scored 861 runs at an outstanding average of 95.65 during the season. Moreover, his average has never dropped below 40 during the last four Ranji seasons as well. A look at his overall first-class tally of 4109 runs at an average of 48.91 suggests how good a batsman he is. And these runs include 13 tons and 17 fifties as well.

Jalaj Saxena: An overall first-class career average of 37.68 might not seem to be that impressive for an opener but Jalaj wasn’t a top-order batsman always. He started opening regularly only since his switch to Kerala in 2016 and has really come of age as a batsman since then. He has scored over 1000 runs during the last two Ranji seasons with Kerala at an impressive average of 44.70. These runs include three centuries and five fifties as well. Moreover, batting is not the only attribute Jalaj offers. He has over 300 first-class wickets to his name at an average of 28.12 and, thus, it sums up how valuable an asset he could turn out to be for the Indian cricket team Test side.

Keep your dreams alive. Because everything is possible for those who believe!🤞 Winning the trophy against South Africa A. Well done boys! #INDAvSAA pic.twitter.com/Yasz99PIij