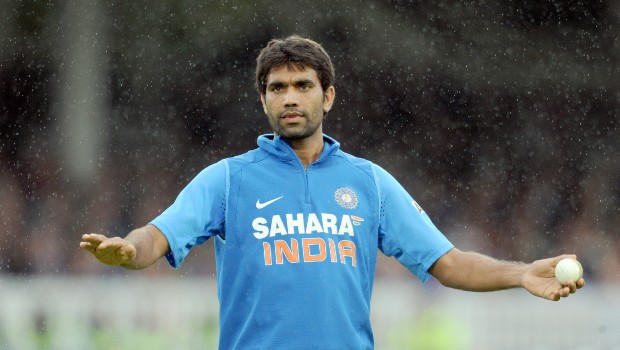 2nd April 2011 is written in the golden pages of Indian cricket folklore as the team had lifted their second World Cup title. We remember the performances of Yuvraj Singh, who scored 362 runs and scalped 15 wickets to be adjudged the Player of the tournament. Gautam Gambhir had scored a fine knock of 97 runs in the finale whereas captain MS Dhoni, who had a mundane tourney till the final, scored a majestic 78-ball 91.

The former legendary batsman Sachin Tendulkar’s dream of lifting the World Cup was fulfilled and the right-hander finished the competition with 482 runs, the second-highest in the ODI showpiece. India’s most experienced fast bowler Zaheer Khan bowled at his best to snare 21 wickets and finished as the joint highest wicket-getter along with Shahid Afridi.

We remember the instrumental role of these players however there are three unsung heroes whose renditions we might have forgotten. Let’s recall those three players and their performances in the 2011 World Cup.

It is rightly said that ‘batsmen win you games whereas bowlers win you the tournament’ and Munaf Patel played a big role in India’s World Cup success. Patel was a constant in team’s playing XI in the ODI showpiece. The Gujarat based seamer who was known to hit the good length area played eight matches in the tournament in which he scalped 11 wickets. The right-arm pacer bowled with an average of 32.09 and economy rate of 5.36 throughout the competition.

Patel was at his best in the high octane clash against arch-rivals Pakistan in the all-important semi-final. Munaf snared two wickets in his quota of 10 overs and conceded only 40 runs. Thus, Munaf was right on the money in his spell. Patel played second fiddle to Zaheer Khan who was at the top of his game.

India’s middle-order batsman Suresh Raina helped the team in giving finishing touches in the fag end of the innings. Raina always had the skills of hitting the ground running from the get-go and he played some crucial cameos in the imperative matches of the 2011 World Cup.

In the quarter-final clash against the mighty Australians, India was under the cosh when they were 187-5 while chasing 261. Raina joined forces with Yuvraj Singh, who was in the form of his life. The Uttar Pradesh southpaw took the pressure off Yuvraj’s shoulder as he scored 34 off just 28 balls to help India win by five wickets.

Coincidently, Raina once again walked out to bat when India was 187-5 in the semi-final clash against arch-rivals Pakistan. The left-hander scored an unbeaten knock of 36 runs off just 39 balls to help his team in posting a respectable score of 260 runs. Furthermore, Raina was electric in the field and saved crucial runs for the team.

Harbhajan Singh is generally not talked about much in India’s World Cup success despite his great performances in the ODI showpiece. The off-spinner scalped nine wickets in as many matches of the tourney. Harbhajan bowled at a mundane average of 43.33 but he had a staggering economy rate of 4.48 throughout the tournament.

Turbanator’s best performance of the blue-ribbon tournament came in the tensed semi-final clash against arch-nemesis Pakistan. The Punjab off-spinner scalped two wickets and conceded only 43 runs in his allotted 10 overs as he hardly gave an inch to Pakistan’s batters. The talisman got the big wickets of Umar Akmal and Shahid Afridi, who both were looking ominous in the semi-final.

Bhajji, as he is famously known in the cricket world, also grabbed the big wicket of Tillakaratne Dilshan in the final, who finished as the tournament’s highest run-getter with 500 runs. Harbhajan made the most of his experience and played a vital role with the ball in the mega-event.