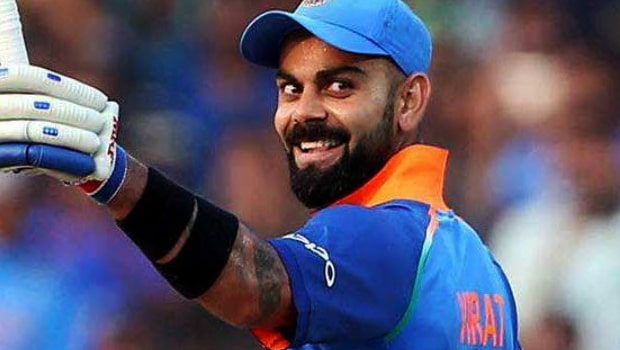 India has emerged winner of the 3rd ODI series against West Indies after it came behind from a game down.

All thanks to captain Virat Kohli, who anchored a tricky chase before Shardul Thakur played the most defining cameo of his short career to power India to a win by four-wicket over West Indies in the third ODI on Sunday.

India’s top three which include Rohit Sharma (63), KL Rahul (77) and Kohli (85) gave a sterling performance when they fired a unison 316-run chase but got slippery in the end when Kohli left the scene with 30 required off 23 balls.

Thakur, who was in the company of a composed Ravindra Jadeja (39 not out) then smashed 17 runs off six balls with the help of a six and a four off Sheldon Cottrell to wrap up the game in his team’s favour with eight balls to spare record India’s 10th successive series win over the West Indies.

Kholi with panache and patience of equal measure made 85 off 81 balls but was ousted by an innocuous Keemo Paul delivery with India still off their target, but Thakur had other ideas.

After setting a challenging target of 316 in the series-decider, India was in cruise control at 122 for no loss when they lost Rohit, who was sent for a shower after a run-a-ball 63 in the 22nd over.

Rahul (77 off 89 balls) and Shreyas Iyer also fell for the addition of 21 runs, making the task tricky when Paul bowled Rishabh Pant.

All thanks to the skipper at this stage who steadied the ship while India was 201 in the 35th over and took them closer to the target, in a job he couldn’t execute perfectly. It is of note that this is the first time Kohli has got out in the 80s or 90s in an ODI chase in the last five years.

Windies skipper, Kieron Pollard had earlier in the game saved his best along with Nicholas Pooran who had a stellar performance which helped the West Indies post 315 for five. Despite this, it was late for Windies.