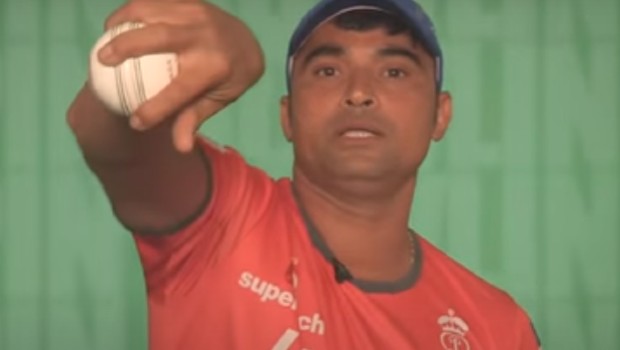 Pravin Tambe, the 48-year old leg-spinner has become the oldest and the first Indian player to feature in the Caribbean Premier League. Tambe represented Trinbago Knight Riders while playing against St Lucia Zouks in the 13th match of the ongoing CPL. The leg-spinner could bowl only one over in which he conceded 15 runs but also dismissed Afghanistan batsman Najibullah Zadran as TKR captain Kieron Pollard took the catch.

Zadran could not pick the wrong one from Tambe as he gave a simple catch to Pollard at cover. Meanwhile, Trinbago Knight Riders went on to win the match by six wickets. St Lucia Zouks posted 111-6 after 17.1 overs as rain played a killjoy. TKR chased down the DLS target of 72 runs in eight overs.

Dwayne Bravo also scripted history as he became the first bowler to take 500 T20 wickets. The all-rounder returned with impressive figures of 2-7 in three overs and thus he was awarded the Player of the match.

On the other hand, Pravin Tambe was roped in for USD 7500. In fact, Tambe was picked for his base price of INR 20 lakhs by Kolkata Knight Riders in IPL 2020 auctions. However, he was banned by the Governing council to play in the IPL after he went on to play in the T10 league.

Meanwhile, Pravin Tambe has played for franchises like Rajasthan Royals, Sunrisers Hyderabad and Gujarat Lions in the IPL. In fact, he made his IPL debut when he was 41 years old, thus becoming the oldest player in the tournament’s history. The former Mumbai spinner had scalped 28 wickets in 33 IPL matches.

Tambe has shown that age is just a number and he is playing despite being 48 years old. The leg-spinner would like to impress with his performances. Tambe has got a big heart and he would like to deliver the goods for Trinbago Knight Riders.

The Kieron Pollard-led team has been in sublime form as they have won all their four matches in the ongoing CPL and they are currently placed at the top of the points tables with eight points under their belt.

TKR will next lock horns with Guyana Amazon Warriors on August 27.