Home » Cricket » Who are the best six-hitters of all time among Indian batsmen in T20Is?

Who are the best six-hitters of all time among Indian batsmen in T20Is? 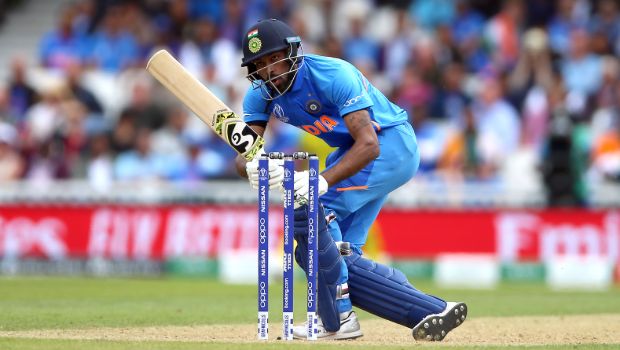 If we love something the most in T20 cricket, it has to be watching batsmen hitting big sixes effortlessly.

It isn’t easy at all but the development of sports science means that we are seeing batsmen clear the fence more often than they used to do before. Having said that, let’s have a look at the best Indian six-hitters of all time in T20 internationals with respect to the number of balls they take to hit a six, which is factored in as Balls per Six (Bp6).

Hardik Pandya (11.05)
The Indian all-rounder is the best six-hitter among Indian batsmen in T20Is at present. Hardik hits a six every 11.05 deliveries. He has faced 210 deliveries in his career so far and has scored 310 runs at an excellent strike-rate of 147.62. He bats in the lower middle-order mostly and plays the finisher’s role with the bat for India.

Yuvraj Singh (11.66)
The former Indian international has the second best rate of hitting sixes in T20Is among Indian batsmen. Yuvraj scored 1177 T20I runs having faced a total of 863 deliveries in his career. His runs came at a healthy average and strike-rate of 28.02 and 136.38 respectively. He has 15 scores of 30+ runs to his name as well, eight of which were scores of over 50.

Rohit Sharma (15.73)
The Indian opener who is also second in the list of leading run-getters in T20I history has the third best rate of hitting sixes among Indian batsmen as well. Rohit hits a six approximately every 16 deliveries and that’s quite a good rate for someone who has amassed 2773 T20I runs at an excellent average of 32.62. Not only that, he has four hundreds in the format as well.

KL Rahul (16.39)
The rising Indian star finds himself fourth in this list. Rahul’s six hitting rate in T20Is is almost similar to that of Rohit and that sums up how dangerous an opening pair they form. He is already an established batsman in India’s T20I lineup now. Rahul has amassed 1461 runs in this format at an outstanding average of 45.66 and an equally good strike-rate of 146.10.

Shreyas Iyer (16.95)
He might have just started his T20I career for India but he has already made a name for himself as far as big-hitting is consistent. He is at fifth in this list just after 22 matches. Iyer has amassed 417 runs so far at a healthy average of 27.80 and these runs include two match-winning fifties as well.