Home » Cricket » 5 bowlers who have dominated Rohit Sharma in T20Is

5 bowlers who have dominated Rohit Sharma in T20Is 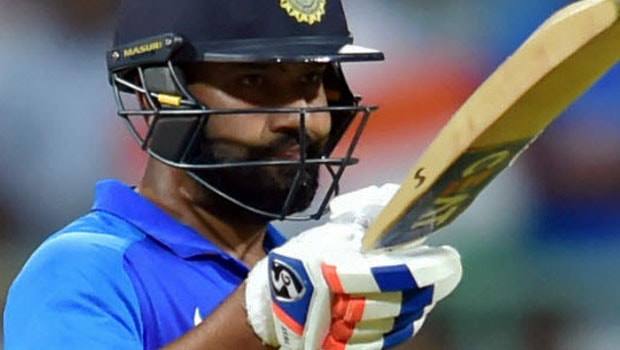 Rohit Sharma is one of the most dangerous batsmen in T20 internationals at present. He is the second highest run-getter in the format with 2769 runs to his name at an average of 32.62 and that includes four centuries as well. The 32-year-old is a nightmare to bowl to but there are some bowlers who have managed to dominate the classy batsmen in this format. That said, let’s take a look at five bowlers who have had the better of Rohit in this format.

The Sri Lankan pacer may not be the most popular names among bowlers but he has dismissed Rohit Sharma the most number of times in T20Is. Chameera has dismissed Rohit a total of four times in this format in only 18 deliveries bowled to him. 61.1% of these deliveries have been dot balls as well and that sums up how Rohit has struggled against Chameera.

The Kiwi pacer has a good T20I record against Rohit too. Southee has dismissed the Indian natting stalwart three times in this format having bowled a total of 52 deliveries to him. Rohit hasn’t been able to score that swiftly off Southee either. He has a strike-rate of just 111.5 against the right-arm pacer and that probably tells how he has struggled against him.

Rohit has had his struggles against left-arm seamers and hence, Behrendorff’s name in this list isn’t a surprise. The Australian pacer has dismissed Rohit three times in just 16 deliveries that he has bowled to him. Behrendorff hasn’t let Rohit score freely off his deliveries too as the Indian batsman has accumulated only 19 runs off those 16 deliveries.

The South African pacer has bowled only seven deliveries to Rohit Sharma in his entire T20I career. However, he has got the better of Rohit as many as three times in those deliveries and it sums up how the mainstay of India’s batting lineup has struggled against the rookie Proteas pacer. Not only that, Rohit has scored off only one of those seven deliveries from Dala, which means the other six deliveries were dots.

He is another South African pacer and Rohit found himself all at sea against him in the T20I series against South Africa last year at home. Rohit could last only three deliveries to Hendricks in the entire series as the left-arm seamer dismissed him on two occasions. In fact, Hendricks is yet to concede a run to Rohit in T20Is.