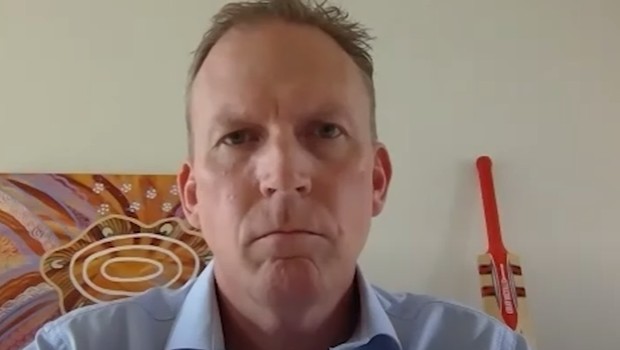 Kevin Roberts, Cricket Australia chief, has confirmed that there is a 90% chance that India’s tour will be on. Roberts has said he would be very surprised if the tour doesn’t happen. India will play four Test matches on tour Down Under and it is one of the most anticipated series of the year.

On the other hand, Australia was expected to tour England for three ODIs and as T20Is in early July. However, there is no doubt that those dates will not be feasible now. West Indies and Pakistan have also shown willingness to travel to England for three match Test series after making sure that the safety measures are well taken care of.

Subsequently, Cricket Australia has also gained some confidence to tour their arch-rivals. Roberts has revealed that they might tour England sometime in September. The CA chief added that things will be more clear after the West Indies and Pakistan tour to England.

“I think there’s some chance we could send a team over,” Roberts told the News Corp. “Obviously we won’t jeopardise the safety of the players, but the best test of that is the West Indian and Pakistan tours of England before we’re due to tour. We hope they go off without a hitch.”
Meanwhile, Roberts added he is not sure that they will have a full crowd for the series against India but they might be able to get some crowd into the stadium. So far, Adelaide is backed as the venue to host all the four Test matches. Furthermore, it is well known that Cricket Australia will suffer a huge loss of A$300 million if the India’s tour is cancelled due to the pandemic.
“I guess there’s no such thing as certainty in today’s world so I can’t say 10 (out of 10), but I’m going to say nine out of 10,” Roberts said. “With the variable being, who would know whether we can have crowds … I’d be really surprised if we can’t get the Indian tour away. But I wouldn’t, hand on heart suggest we’ll have full crowds from the start. We’ll just have to see how that goes.”
On the other hand, BCCI treasurer Arun Dhumal had recently confirmed that the Indian team is ready to quarantine themselves for the Australia tour. As per the current developments, there are good chances that India tour to Australia will happen later in the year as both boards have given positive signals but then the coronavirus situation should be kept in check. India is also expected to play three T20Is and as many ODIs against Australia.

Australia has so far recorded 7079 cases of coronavirus out of which 6444 have recovered whereas 100 have lost their lives. Thus, Australia has been able to do a good job.