A lowdown on the best Indian Test bowlers of this decade 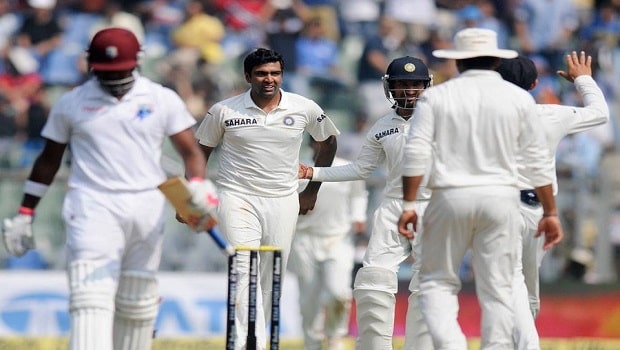 India dominated Test cricket throughout the decade. They are ending the period as the No.1 ranked Test side as well and one of the main reasons behind their success has been the fantastic performance of their bowlers.

As the decade comes to an end in the span of the next two days, it is a good time to take a look at the Indian bowlers who performed to the best of their abilities in the longer format.

Ravichandran Ashwin: The Indian off-spinner might not be a regular in India’s XI anymore when it comes to playing in overseas conditions. But that hasn’t stopped him from ending the decade as India’s highest wicket-taker. Ashwin has claimed a total of 362 wickets in this decade at an excellent average and strike-rate of 25.36 and 53.6 respectively. That also makes him the fifth highest wicket-taker of this decade in Tests. Only James Anderson (429), Stuart Broad (403), Nathan Lyon (380) and Rangana Herath (363) have taken more wickets than Ashwin.

Ishant Sharma: With 238 wickets to his name in 77 Tests, Ishant Sharma is India’s second highest wicket-taker in the format in this decade. His overall average and strike-rate of 32.28 and 61.2 respectively may not seem that impressive but that is mainly due to his struggles during the first half of this decade. Ishant has been a changed bowler ever since the start of ths second half. He has taken 105 wickets in 35 Tests since 2015 at an outstanding average and strike-rate of 24.45 and 52.8 respectively.

Ravindra Jadeja: This Indian spin-bowling all-rounder has established himself as one of the mainstays of India’s Test side in all conditions. He has maintained an excellent bowling record all throughout this decade and he has now started doing the talking with the bat as well. Jadeja has 211 wickets to his name in just 48 Tests during this decade and that has come at a superb average of 24.64. His strike-rate of 60.7 may not be that impressive but his overall economy rate of 2.43 suggests that he is someone who likes to choke the opposition before going for the killer blow.