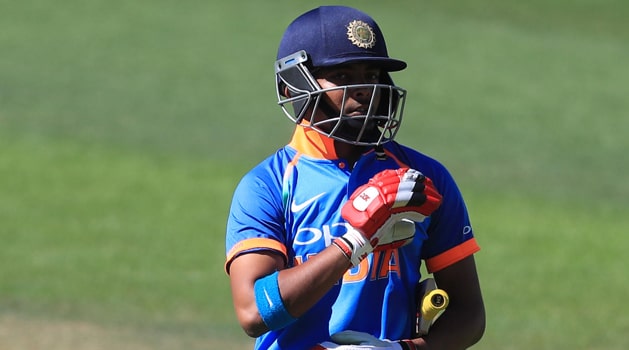 Prithvi Shaw featured in the first ODI against Sri Lanka and stole the show. The 21-year-old, returning to the Indian side after seven months, made the most of his opportunity and got India started on the front foot during the run-chase.

Shaw ended up scoring 43 runs off just 24 deliveries and his innings included nine boundaries! Despite featuring in just 5.3 overs of the entire game, Prithvi Shaw won the Man of the Match award for his efforts. Reacting to his innings, former India batsman Aakash Chopra said that Prithvi was from a different planet.

“It seemed the momentum will be with Sri Lanka but Prithvi came, Prithvi ‘Shaw’, Prithvi conquered. He is from a different planet. I am a huge Prithvi Shaw fan because you will not get a batsman like that in entire India.”

The current commentator also made it clear that Prithvi has carried his blistering form from the Vijay Hazare Trophy to the Indian Premier League and has further displayed it on this tour of Sri Lanka. Admiring Shaw’s white-ball batting, Aakash Chopra also likened him to former India great Virender Sehwag.

“Viru (Virender Sehwag) used to be there but this player, 43 runs in just 24 balls, and it seemed without breaking a sweat, without taking chances, only on the rise and through the gap. I mean what a player. 2021 has been in this player’s name, from the Vijay Hazare Trophy to the IPL to now,” elaborated Chopra.

However, Prithvi Shaw was far from being the only youngster who impressed in the first ODI against Sri Lanka. Ishan Kishan, who had already made his T20I debut for Team India, dazzled with the bat on his ODI debut. Much like his T20I debut, the wicket-keeper batsman began proceedings in his One Day international career with a first-ball six! Ishan went on to score 59 off 42 balls and his innings included eight fours and two sixes.

Harbhajan Singh has opined that Team India will need players like Prithvi Shaw and Ishan Kishan during the T20 World Cup later this year. Speaking to Sports Tak, the off-spinner said that India would need to play a brand of attacking cricket to win the ICC T20 World Cup.

“You can judge a player on his performances. The way Prithvi Shaw and Ishan Kishan have batted in an international game shows how capable they are and it will be difficult to ignore them for the T20 World Cup. If you want to win the World Cup you need players like them. They don’t see who is bowling in the opposition. They just back their natural game,” Harbhajan said.