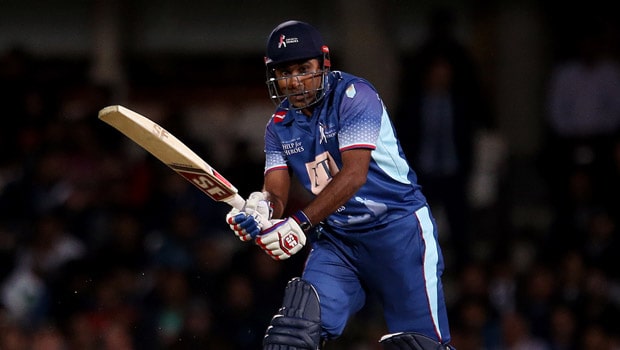 Former Indian opener and now a famous cricket analyst Aakash Chopra has picked his all-time best Kings XI Punjab, in which he selected Mahela Jayawardene as skipper. Interestingly, Jayawardene led Punjab in a solitary match in the IPL, which they lost but he was a great leader for Sri Lanka.

Chris Gayle and current Kings XI Punjab captain KL Rahul opens the innings for Punjab. Gayle has scored 858 runs in 24 IPL matches for Punjab whereas Rahul has been a consistent performer as he has amassed 1252 runs in 28 IPL matches at an impressive strike rate of 54.43 and a blistering strike rate of 146.60.

Shaun Marsh, who is leading run-getter for the franchise with 2477 runs in 77 IPL matches, bats one down for Aakash Chopra. Mahela Jaywardene, the captain selected by Chopra, bats at number four as he had scored 837 runs in 37 matches for the team.

David Miller, who is the second highest run-getter for Punjab bats at number five. The left-hander had scored 1850 runs in 79 IPL matches for KXIP.

Yuvraj Singh, who doesn’t have a great record in the IPL, takes the number six position in the batting order. The southpaw scored 959 runs in 51 IPL matches for Punjab at a meagre average of 22.30.

Piyush Chawla, Axar Patel and Ravichandran Ashwin are the three spinners in the team. Ashwin had also led the team in IPL 2018 and 2019. Meanwhile, Chawla is the leading wicket-taker for Punjab as the leg-spinner took 84 wickets in 87 IPL matches.

Patel is the third highest wicket-getter for Kings XI Punjab as he scalped 61 wickets in 68 matches. Ashwin took 25 wickets for Punjab in 28 IPL matches.

Praveen Kumar and Sandeep Sharma are the two swing fast bowlers in Aakash Chopra’s team. Sandeep is the second highest wicket-taker for Punjab as he snared 71 wickets in 56 matches. Praveen Kumar took 31 wickets in 44 IPL matches he played for KXIP.