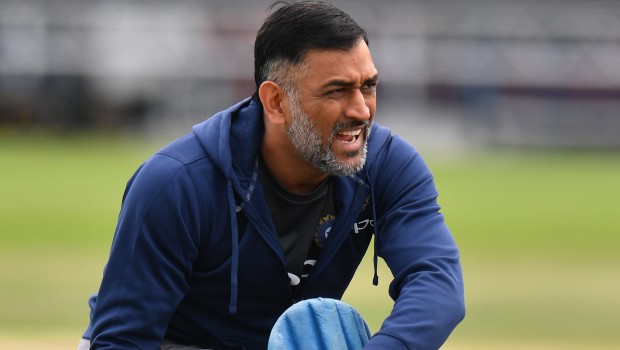 Former Indian opener Aakash Chopra has picked his all-time IPL XI in which he selected MS Dhoni as the captain of the side. Rohit Sharma and David Warner open the innings for the current commentator. Rohit has amassed 4898 runs in 188 IPL matches at an average of 31.6 and strike rate of 130.82.

David Warner is the most successful overseas player in the IPL he has scored 4706 runs 126 IPL matches at an impressive average of 43.17 and a blistering strike rate of 142.39.

Royal Challengers Bangalore captain Virat Kohli makes the cut into Chopra’s team as the talisman is the leading run-getter in IPL with 5412 runs from 177 matches.

Suresh Raina, who has been a consistent performer in the IPL over the years, bats at number four in Chopra’s team. The left-hander has scored 5368 runs in 193 IPL matches.

South Africa’s former captain AB de Villiers takes the fifth position in the batting line-up for Aakash Chopra. AB has amassed 4395 runs in 154 IPL matches at an impressive average of 39.12 and a staggering strike rate of 151.24.

MS Dhoni is the wicket-keeper of the side and bats at number six. Dhoni has scored 4432 runs in 190 IPL matches. Dhoni has led CSK to three titles and he is one of the most successful IPL captains.

Harbhajan Singh and Sunil Narine are the two spinners in Aakash Chopra’s side. Harbhajan has scalped 150 wickets in 160 IPL matches at an average of 26.45. Narine has scalped 122 wickets in 110 matches in the IPL. The southpaw batsman has also opened the innings for KKR and he has scored 771 runs at a blitzkrieg strike rate of 168.

Bhuvneshwar Kumar, Lasith Malinga and Jasprit Bumrah are the three fast bowlers in the side. Bhuvneshwar has taken 133 wickets in 117 IPL matches at 23.71. Malinga is the most successful bowler in the IPL history as he has claimed the most number of wickets. The Sri Lankan legend has taken 170 wickets in 122 matches. Jasprit Bumrah, who is one of the best death bowlers in the world, has picked 82 wickets in 77 IPL matches.

Former Kolkata Knight Riders captain Gautam Gambhir and all-rounder Andre Russell are the 12th and 13th man in the side.