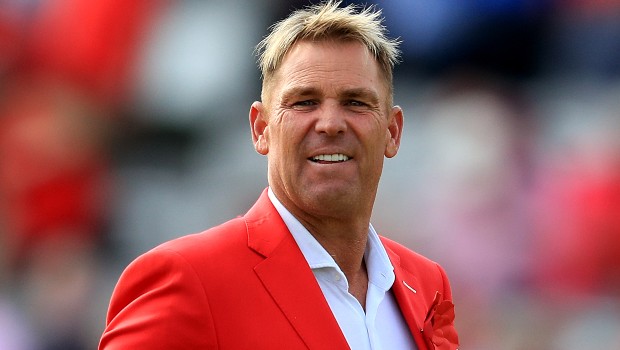 Former Indian opener and now a cricket analyst Aakash Chopra has picked all-time Rajasthan Royals XI, in which he picked Shane Warne as the leader of the side. Warne had led the Royals to glory in the inaugural edition of the IPL in 2008. Not many had put their money on Rajasthan Royals in the first season but they had come up with collective effort.

Meanwhile, Ajinkya Rahane and Shane Watson will open the innings for Aakash Chopra. Rahane is the highest run-getter for the Royals as he scored 2810 in 100 IPL matches for the franchise. Watson had played a key role in the success of Rajasthan Royals in IPL 2008. The right-hander is the second highest run-getter with 2372 runs in 78 matches for the Royals. Watson also took 61 wickets for RR.

Jos Buttler bats at number three in Aakash Chopra’s team. The England wicket-keeper, who was awarded the Player of the series against Pakistan, has scored 859 runs in 21 matches for the franchise.

Sanju Samson, who has impressed with his flamboyant strokeplay, has scored 1532 runs in 65 IPL matches for the Royals. Rahul Triphati bats at number five for Aakash Chopra as the right-hander has scored 367 runs in 20 matches for RR.

Yusuf Pathan, who was instrumental in the success of Rajasthan Royals in the maiden season of the IPL, bats at number six. The explosive batsman scored 1011 runs in 43 matches at an impressive strike rate of 161.24.

Ravindra Jadeja and captain Shane Warne are the main spinners of the side. Jadeja scored 430 runs in 27 matches for the Royals whereas he scalped six wickets. Shane Warne snared 57 wickets in 54 IPL for the club.

Siddharth Trivedi, Munaf Patel and Jofra Archer constitute the pace batter of Aakash Chopra’s side. Trivedi is the highest wicket-taker for the team as he claimed 65 wickets in 76 matches. Munaf Patel took 33 wickets in 30 matches whereas Jofra Archer has bagged 26 wickets in 21 matches.