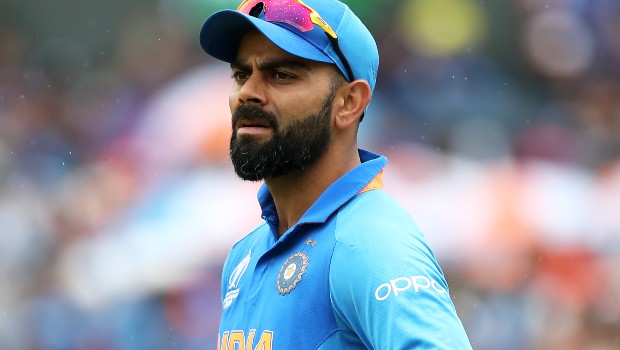 Former Indian opener Aakash Chopra has picked his all-time Royal Challengers Bangalore XI in which he selected Virat Kohli as the captain. Virat Kohli has led RCB in 110 IPL matches in which the team has won 49 whereas they have lost 55 and two matches have been tied while four have ended in a no result. Thus, Kohli has a winning percentage of 47.16.

Chopra selected Kohli and Chris Gayle as his openers. Kohli is the leading run-getter in the IPL as he has scored 5412 runs in 177 matches while playing for RCB. Chris Gayle is the third highest run-getter for RCB as he has amassed 3163 runs in 85 matches.

KL Rahul takes the wicket-keeping gloves and bats one down in Chopra’s side. Rahul scored 417 runs in 19 matches for RCB and also kept the wickets. AB de Villiers, who has been the franchise’s most successful overseas player makes the cut into the side. The attacking South African batsman has accumulated 3724 runs in 126 matches for RCB.

Mitchell Starc, Vinay Kumar and Zaheer Khan constitute the pace battery of the side. Aakash Chopra added that he wanted to include both Dale Steyn and Mitchell Starc but could only afford one because of the four overseas players limit in the side.

Vinay Kumar is the second highest wicket-taker for RCB with 72 scalps in 64 matches. Zaheer Khan scalped 49 wickets in 44 matches for the Bangalore club. Starc, who is regarded as one of the best death bowlers, scalped 34 wickets in 27 matches for RCB.

Former RCB skipper Anil Kumble and Yuzvendra Chahal are the two spinners in the side. Chahal is the leading wicket-getter for the side as he has snared 100 wickets in 83 matches whereas Kumble took 45 wickets in 42 matches for RCB.