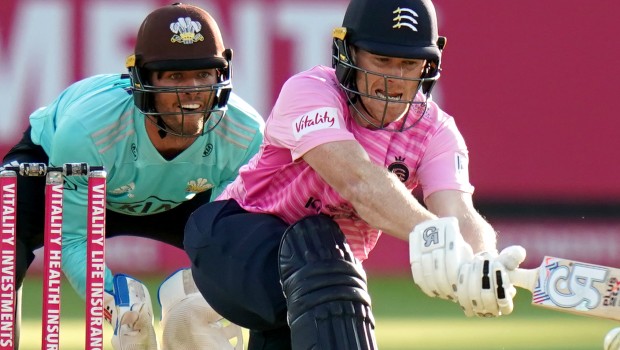 Eoin Morgan bats at number five for the former Indian Test opener. Morgan has been instrumental in the success of the England team. The southpaw has scored 7368 runs in 236 ODI matches at an average of 39.20.

Shakib Al Hasan and Ben Stokes are the two main all-rounders in the side. Shakib has been a consistent performer for Bangladesh as he has accumulated 6323 runs in 206 ODI matches at an average of 37.86 and he has scalped 260 wickets.

On the other hand, Ben Stokes has played 95 ODI matches in which he claimed 70 wickets and has scored 2682 runs.

Mitchell Starc, Lockie Ferguson and Mohammed Shami constitute the pace battery in Aakash Chopra’s team. Starc has been the leading wicket-taker in the last two World Cups. The Australian has snared 191 wickets in 91 ODI matches at an impressive average 22.22. Ferguson has impressed with his pace and he has scalped 69 wickets in 37 ODI matches.

Pakistan ODI skipper Babar Azam is the 12th man of the side as the stylish batsman has scored 3359 runs in 74 ODI matches at an average of 54.18.