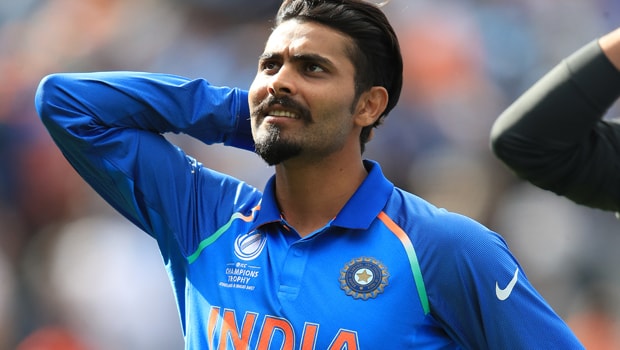 Former Indian opener Aakash Chopra has picked Ravindra Jadeja as India’s best fielder of all-time. Jadeja is a livewire on the field and he mostly hits the bullseye on the field. The Saurashtra player has a safe pair of hands and he has a rocket arm. Jadeja is quick on the turf and gets to the ball in a jiffy.

Ravindra Jadeja is fit as a fiddle and he has really worked hard on his fitness. The left-hander is also known to hit the stumps even if he has one stump to aim at.

Jadeja has taken 36 catches in Test matches whereas he has taken 58 catches in ODI format. The left-hander has also galloped 21 catches in the T20I format. Jadeja hardly fumbles in the field and has a perfect catching technique.

“He (Jadeja) is absolutely outstanding, he has a rocket arm, he has the best arm in world cricket right now, just look at his ground coverage, he is not the best while fielding at slips, but how does it matter,” Chopra said on his official YouTube channel.

Earlier, Jadeja was also named as the Most Valuable player in Test cricket in the 21st century by Wisden. The southpaw has been in sublime form in the last one year and he has done a fine job in all the three forms of the game.

On the other hand, Chopra heaped praise on Kapil Dev and Virat Kohli. Kapil Dev is famous for taking a catch of Vivian Richards in the 1983 World Cup final while running back. Meanwhile, Virat Kohli is also one of the best fielders in the world and he has worked extremely hard on his fitness to get the best out of himself.

“Everyone saw him (Kapil Dev) taking the catch of Vivian Richards in the finals of the 1983 World Cup, he had great hands and was very agile,” he added.

The current Indian team is one of the best fielding units in the world. The players like Rohit Sharma, KL Rahul, Virat Kohli, Ravindra Jadeja, Shreyas Iyer and Umesh Yadav are all good fielders and they have raised the standard. A lot of credit also goes to Indian fielding coach R Sridhar, who has helped the team in getting better.