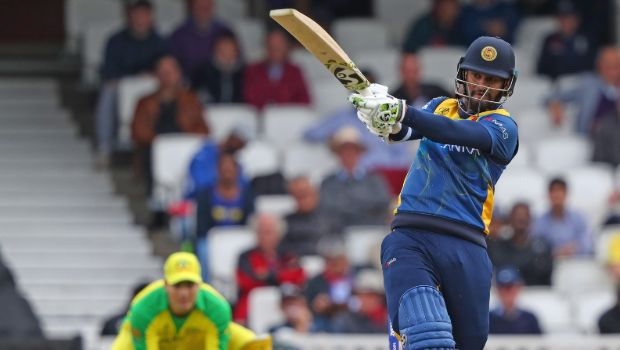 Former Indian opener Aakash Chopra has picked his Test XI of the year in which he has included four Indian players. India’s Rohit Sharma and Sri Lanka’s Dimuth Karunaratne are the openers for Chopra.

Sharma had a dream run in 2021 as a Test opener as he delivered against England, both in home as well as away conditions.

Rohit proved his mettle in tough English conditions as he scored 368 runs in four Test matches. Overall, Rohit scored 906 runs in 11 Test matches in 2021 and he is the second-highest run-getter of the year. Karunaratne has amassed 902 runs in seven Test matches at an average of 55.74.

Aakash Chopra said on his YouTube Channel, “The first name coming to my mind is Rohit Sharma. It was a huge year for him, it was the year in which he fell in love with the longest format. He played amazing knocks, whether it was the century in Chennai and the consistent performances in England.”

“My second opener is Sri Lanka’s Dimuth Karunaratne. He has also made runs which also includes a double century. He was playing well against West Indies also. He might not be too pleasing on the eye but scores runs.”

“There was no contest at No.3. Joe Root is part of this team. He is the best Test batter of 2021, miles above the rest. He is just in a different league altogether. He gave amazing performances, whether it was the double century in India or Sri Lanka.”

“At No.4, I have got Williamson. He scored a double century against Pakistan and he won his team the final. He played a very important knock in the final as well. Kane Williamson is also the captain of this team.”

Chopra selected Pakistan’s southpaw batter, Fawad Alam, to bat at number five. Alam came up with fine performances as he scored 571 runs in nine Test matches in 2021. The former Delhi player picked Rishabh Pant as the wicket-keeper batter of the team as the left-hander scored 706 runs in 11 Test matches.

“My team has Fawad Alam. It is a story of persistence, that he will keep on playing whether you select him or not. He has made runs, the noticeable performances being 109 against South Africa, 140 against Zimbabwe and 124 against West Indies.”

“The keeper is Rishabh Pant. I was thinking about Jos Buttler as well but no one was close to him. The sort of performances Rishabh Pant has given – 101 against England, 89 at Gabba and a ninety in Sydney as well. He has been very very good.”

“After that, I have picked Jamieson. It seems like he was born to play Test cricket. He rolls his arm over and takes five wickets. He has taken wickets everywhere, this guy is absolutely outstanding and he bats as well.”

“After that, I am picking two Indians. Ravichandran Ashwin – he has taken a lot of wickets. He was brilliant in India against England. He made a century against England as well. He is the no.1 spinner in Test cricket, there is no doubt about it.”

“I thought about Keshav Maharaj but I picked Axar Patel. He was unplayable and unbelievable in his debut series against England. Of course, he gets less chances but he picks up wickets whenever he is given an opportunity. If you have to choose a debutant of the year, he will be that guy.”