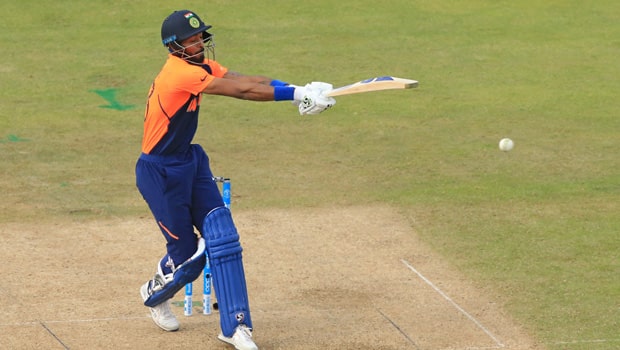 On November 9, the BCCI named the 16-member Indian team for the three-match T20I series against New Zealand which begins on November 17 in Jaipur. Several regulars like Virat Kohli, Ravindra Jadeja, Mohammad Shami, and Jasprit Bumrah were rested for the series because of their heavy workload over the last few months.

Hardik Pandya’s name also didn’t make it to the list but unlike the aforementioned names, his non-selection seems to be a case of being dropped rather than being selected. Former Indian cricketer turned commentator Aakash Chopra believes so since Pandya hasn’t played a lot of cricket recently and didn’t even bowl in IPL 2021.

“It was fair to give Kohli, Shami, Jadeja and Bumrah a rest but what about Hardik Pandya? Did he need that rest? Or is he axed? He doesn’t play Test cricket, didn’t bowl in the IPL as well and, in the T20 World Cup, he didn’t do anything in the last two games,” Chopra said in a video on his YouTube channel.

Hardik Panyda’s game rhythm has been seriously affected since his back injury. He added a lot of value to the Indian T20I side as an explosive all-rounder but as a pure batter, maybe his contribution is limited.

With newly appointed captain and vice-captain Rohit Sharma and KL Rahul sure to open in T20I cricket, the selection of several other openers in Ishan Kishan, Venkatesh Iyer, and Ruturaj Gaikwad could also pose a challenge.

Chopra is of the opinion that younger players should be allowed to perform in their natural roles. Forcing an opener to play at number 5 helps neither the player nor the team. “There are too many openers in the squad. There is a fundamental flaw in our system and I’m going to highlight this. In the future, the team should, especially in T20s, pick players for the available slots and where the respective players have scored runs. Considering the IPL performance is a good thing, but if you’re saying the highest run-scoring opener to play at No.5 for India, he cannot perform equally well.

“There are 5 openers in the squad for the 3-match series. Moreover, Rahul and Rohit will certainly play unless the team wins the first two matches and then allows them to rest for the dead-rubber,” he further added.