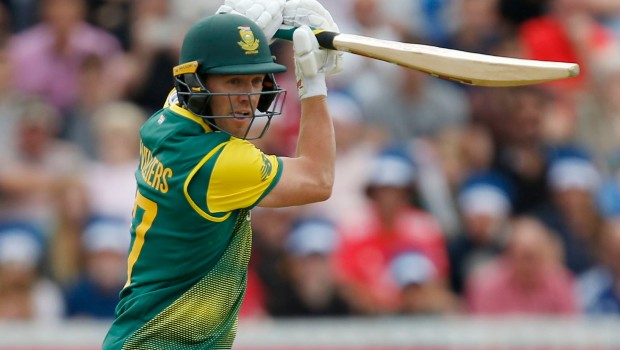 Former South African talisman AB de Villiers is not sure of making a comeback into the team if the upcoming T20 World Cup is deferred due to the outbreak of the coronavirus. The linchpin batsman was in constant touch with Proteas head coach Mark Boucher, who was ready to welcome him back with open arms.

The T20 World Cup is slated to begin from October 18, 2020 but now there are doubts whether the tournament will go ahead as scheduled. De Villiers added that he is not sure whether he would be ready physically to play the tournament next year.

The right-hander, who is known for his 360-degree play, said that he will be 100% if the tournament goes on as scheduled. However, he might be 80% next year and he would not like to play if he can not give his best to the side. De Villiers is not sure how his body will feel next year.

“If the tournament is postponed to next year, a whole lot of things will change. At the moment I feel available but at the same time, I don’t know how my body will feel then and if I will be fit,” he told Rapport. “If I am 100% as good as I want to be, then I will be available. But if I am not, I won’t open myself up to that because I am not the type of person who does things at 80%.”

Meanwhile, AB de Villiers had sent shocking waves in the cricketing world as he had decided to call it a day in May 2018. The ODI World Cup was one year away but he decided to move on. Subsequently, there were reports that he wanted to come back into the side for the World Cup but South Africa’s think tank didn’t welcome him back.

AB de Villiers has the skills to turn the match on its head and there is no doubt that he will add solidarity to the South African team. The talisman added that he doesn’t take his place in the side for granted and he knows he has to earn it like the other players.

“I’ve never been the type of person who felt I should get just what I wanted,” he said. “I can’t walk into the team. Like every other player, I have to work for my place and deserve it. It was very hurtful for me last year when people thought I assumed there was a place for me.”

AB de Villiers has produced great numbers and he was instrumental in the success of the Rainbow nation over the years. Meanwhile, the IPL could have helped de Villiers in knowing where he stands in terms of his current form. However, the IPL is under the dark clouds due to Covid-19.