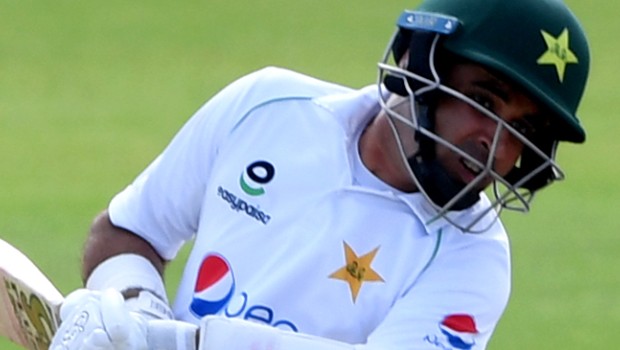 Pakistan opener Abid Ali is confident that the visitors would be able to save the ongoing third Test match against England at Ageas Bowl, Southampton. The tourists trail by 210 runs while following on but more importantly they have eight wickets in hand. It was a good fourth day for Azhar Ali-led team as they lost only two wickets for 100 runs after only 56 overs were possible on a rain-marred day.

Abid Ali also played a crucial role on the penultimate day of the final Test match. As it was Ali’s final innings of the Test series, he wanted to give his best for the team. The right-hander looked organised in his stroke play and showed all the patience as he faced 162 balls for scoring 42 runs.

Thus, Abid played an imperative role in keeping the England bowlers at bay. Furthermore, rain also helped Pakistan as almost three hours were lost. In the end, bad light stopped play, which led to stumps. In fact, rain is once again expected on the final day of the Test match, which can help Pakistan in saving the Test match.

Abid feels the weather is not in their control but they have their best batsman Babar Azam at the crease. Azam is accompanied by Azhar Ali, who returned to form in the first innings as he scored a fine knock of 141 runs. Hence, Pakistan will back themselves to draw the Test match.

“We have full confidence, we have one of our best players Babar Azam along with Azhar Ali still playing. The weather is not in our hands but we’re confident (of drawing the match),” Abid Ali said in the virtual press conference.

Pakistan showed the gumption in the first innings after they were 75-5 and they would aim to repeat the same. Mohammad Rizwan has shown good form as he has scored two consecutive fifties. However, Asad Shafiq and Fawad Alam would also need to chip in their contribution.

There wasn’t much help for the England bowlers on day four as the pitch was flat. The hosts’ tried every trick in their bag but it was of no avail. England have dominated the ongoing Test match but there is no doubt that Pakistan will not go down without putting up a fight.

It should be a barn burner on the final day of the Test match if the rain stays away from Ageas Bowl, Southampton.