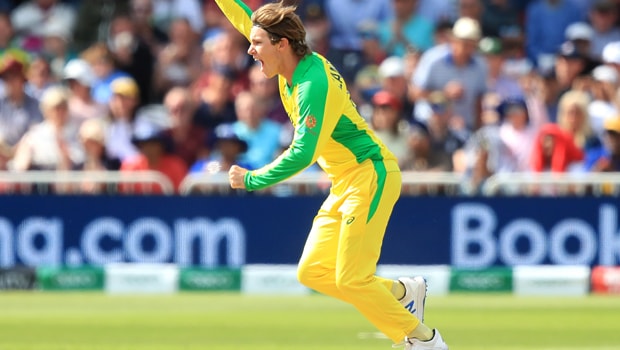 Australia’s leg-spinner Adam Zampa has taken giant strides in the recent past. The leg-spinner has grown in confidence and there is no doubt that he is Australia’s first choice spinner in the white ball format. Zampa rated the recent ODI series against India as the best series of his career so far.

The leg-spinner scalped five wickets in the three-match series and ended as the second highest wicket-taker. In fact, Zampa was able to get the big wickets of Rohit Sharma and Virat Kohli (twice each in the series). Consequently, it gave a shot in the arm to the leg-spinner.

Australia won the first ODI at Mumbai convincingly by 10 wickets. However the hosts bounced back to win the second and third ODI and thus took the series 2-1.

Meanwhile, it is never easy to perform in the Indian conditions. The Indian tracks generally give assistance to the spinners but not many overseas spinners have savoured success in India. However, Zampa took a lot of confidence by his performance in the three-match series.

“I take a lot of confidence from that,” Zampa said on Tuesday (May 12). “A lot of white-ball spinners have gone to India and not had the success with playing a holding role and found the wickets really difficult to bowl on. My first tour there, I had a lot of luck, and I grew in confidence from having that luck and my last tour I think that was the best series I’ve ever had with the ball, to be honest”.

Zampa was able to carry his form on the tour of South Africa. The leg-spinner scalped five wickets in three T20I matches against the Proteas and helped the visitors seal the series by 2-1. He also took three wickets in as many ODIs against South Africa.

On the other hand, Zampa is mostly right on the money with his line and length. The leg-spinner also has a good googly under his belt and he had bamboozled Kane Williamson in a solitary ODI, which was played behind closed doors at SCG.