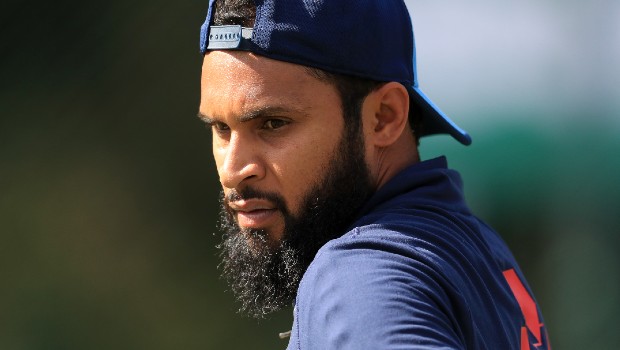 England leg-spinner Adil Rashid has picked his World XI which is led by his skipper Eoin Morgan. Rashid selected three England players in his side whereas he picked two Indians in his list of eleven players. India’s Rohit Sharma opens the innings with Australia’s David Warner.

Both Rohit and Warner are one of the best white ball batsmen and they can hit the ground running.  Rohit Sharma has thus far scored 9115 runs in 224 ODI matches whereas Warner has scored 5467 runs in 123 ODIs.

Indian captain Virat Kohli bats at number three for Rashid. Kohli is the most consistent batsman and he has scored 11867 runs in 248 ODI matches. Pakistan limited overs captain Babar Azam bats at number four as the stylish batsman has accumulated 3359 runs in 74 ODI matches.

England’s World Cup winning captain Eoin Morgan takes the number five position in the batting order. The southpaw has scored 7368 runs in 235 ODI matches. Jos Buttler takes the wicket-keeping gloves and the right-hander is well known for his pyrotechnics. Buttler has scored 3843 runs in 141 ODI matches.

Ben Stokes, who is currently the best all-rounder in the world, takes the number seven place in Rashid’s World XI team. Stokes has scored 2682 runs in 95 ODIs and he has scalped 70 wickets.

Mitchell Starc, Trent Boult and Kagiso Rabada constitute the pace battery of the side whereas Imran Tahir is the solitary spinner in the side. Starc has scalped 178 wickets in 91 ODIs and he is known for his pace. Boult has snared 164 wickets in 90 ODI matches. Rabada who is South Africa’s pack leader, has taken 117 scalps in 75 ODIs.

Imran Tahir has picked up 173 wickets in 107 ODI matches for South Africa. Rashid also picked Babar Azam as a better batsman than Virat Kohli on the basis of current form while talking to ‘At the crease TV’.

Are you a big cricket fan? Don’t forget to check out our cricket betting tips.