Home » Cricket » After Pant, it’s KL Rahul’s time to settle the debate over his place in the ODI side

After Pant, it’s KL Rahul’s time to settle the debate over his place in the ODI side 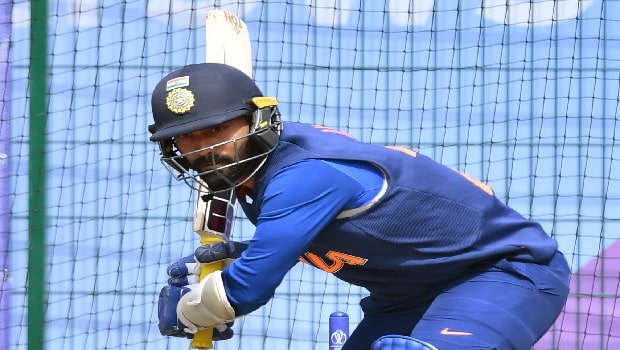 Rishabh Pant and KL Rahul are two of the most talented Indian batsmen at present. But for some reason or the other, their places in India’s ODI side have always been under scrutiny.

The duo can’t complain either as Pant averages just 27.27 after 13 ODIs whereas Rahul’s average of 37.36 after 24 ODIs doesn’t do justice to his abilities as well.

In fact, his ODI average is lower than his T20I average which stands at 43.76. So that definitely calls for an improved performance in ODIs. His inconsistent batting roles in the format have also contributed to his average ODI numbers. However, the absence of Shikhar Dhawan in the ongoing series against West Indies has given him the opportunity to bat at the top of the order in all the three matches.

He let the opportunity go in the first match as he was dismissed for just six runs. Pant though cashed in on the opportunity as he scored his maiden ODI fifty, a brilliant 69-ball knock of 71 runs. The wicketkeeper-batsman was under tremendous pressure too as his performances in the previous matches hadn’t been up to the mark. But he took adversity on his stride, soaked in all the pressure and answered his critics in the best possible way.

Rahul should also derive confidence from Pant’s exploits at Chennai. The Karnataka batsman should follow Pant’s template– a batting approach of controlled aggression– in the next ODI of the series at Visakhapatnam.

The 27-year-old even has two centuries and four fifties to his name in ODIs and that should remind him once again that he knows the art of scoring big in the format.

All he needs to do is to shun his attacking instincts a little as batsmen need to bide their time at the crease in this format in order to get the big scores. Switching from T20Is to ODIs isn’t always easy for batsmen with natural attacking instincts, but it is high time he settled the debate over his place in the side.