Aim is to try and emulate Kohli, Smith and Warner – Marnus Labuschagne 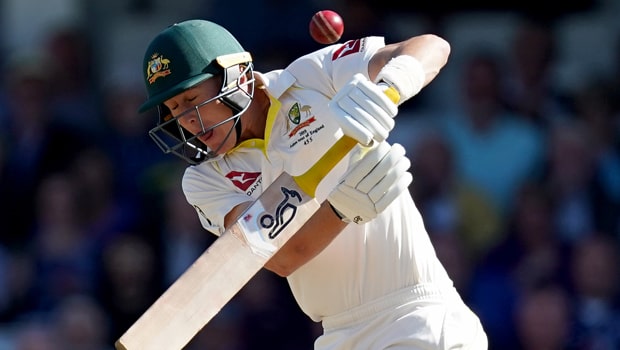 Australia’s talisman batsman Marnus Labuschagne has set his goals high. The right-handed batsman who has had a great start to his Test career wants to be as consistent as Indian captain Virat Kohli and his Australian teammates Steven Smith and David Warner.

Marnus stated all these three players have been consistent in the last decade and they have always proved their mettle. Smith, Kohli and Warner have done a fine job for their teams and they have been at the top of their game in all the three forms.

Meanwhile, Marnus Labuschagne has scored 1459 runs in 14 Test matches at an impressive average of 63.43. The talisman has shown the right promise to go a long way and he has the right temperament to succeed at the top level. Labuschagne has got a solid technique and he is expected to do big things in his career.

The right-hander from Queensland was the highest run-getter of 2019 as he amassed 1104 runs at an average of 64.94 in 11 Test matches. Labuschagne has ticked the right boxes and there is no doubt he is on the right track to become one of the best batsmen in the coming time.

Labuschagne is aware that the opposition teams are going to come harder at him as he has shown the right skills.

“As a cricketer, you go through a period and you have done really well and I know the teams are going to be even more prepared than they were before, they will come harder at me. For me, it’s about not putting one performance together but to be as consistent as I can,” Labuschagne said while talking to India Today.

“You know there are so many examples, there is Virat, Steve Smith, David Warner, these guys are putting seasons back to back together for the last ten years. So there are some good people leading the way there, my aim is to try and follow that,” he added.

On the other hand, Marnus Labuschagne picked Steven Smith as a better Test batsman than Virat Kohli. Labuschagne feels Smith has proved his worth in every condition and he has been more consistent. Smith is currently positioned at the numero uno place in the ICC Test rankings whereas Kohli is placed at the second place.

“I think Steve (Smith) in Test cricket has just shown in any condition, he can find a way. I think that’s what you know really makes him the best, number one Test player in the world.”

Meanwhile, India will tour Australia later in the year for four Test matches and three ODIs. The first Test match will take place at the Gabba, Brisbane from December 3 and Labuschagne would like to be at his best for the home side.