Home » Cricket » Ajinkya Rahane does well overseas but his record is not great at home: MSK Prasad

Ajinkya Rahane does well overseas but his record is not great at home: MSK Prasad 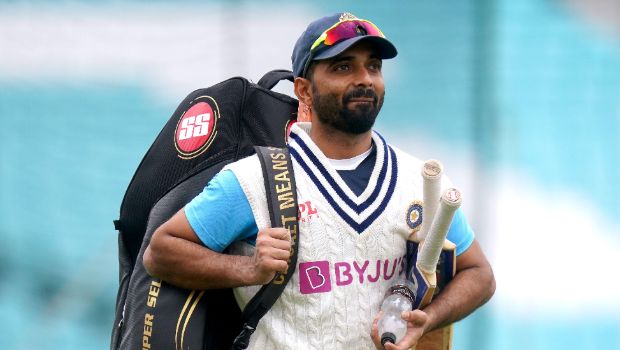 Former Indian chief selector MSK Prasad has put his weight behind Ajinkya Rahane to come good in the upcoming tour of South Africa.

Prasad stated that Ajinkya Rahane does well in overseas conditions but his record at home is not great. In fact, Rahane is one of the few Indian players who have a better average in foreign conditions as compared to playing at home.

Rahane has played some match-winning knocks in overseas conditions but he hasn’t been consistent in the recent past. The right-hander has been horribly out of form in the last two years and he has scored 683 runs in the last 16 Test matches at an average of 24.39.

However, Rahane’s average in overseas conditions is 41.71 while his overall average has dropped down below 40 due to his poor form. Furthermore, Rahane has been removed from the vice-captaincy role as Rohit Sharma has been appointed as Virat Kohli’s deputy. Rahane also didn’t play in the second Test match against New Zealand due to injury.

MSK Prasad said while talking to India Today, “At the end of the day, it should be a mix of juniors and seniors. Even in 2013, he (Rahane) did well. Usually, Rahane performs well in overseas conditions but his record at home hasn’t been great. Taking these things into consideration, the selectors can look into players for home conditions and players for away conditions.

“Usually, Rahane is one guy who does really well in away conditions. Selectors are a bit puzzled because of his form. Whether they are going to look forward or back his experience is going to be their judgment,” he added.

Meanwhile, Shreyas Iyer scored a fine century on his Test debut in Kanpur against New Zealand and he was able to grab his chance. Iyer has also been included in the Test squad for the series against South Africa and thus there will be pressure on Ajinkya Rahane. Prasad added that the selectors can not experiment a lot on foreign tours.

“First of all, it is good to have a healthy headache for the selectors. And secondly, you need to have a system in place. How many opportunities would you be giving to a senior cricketer, when do you want to induct a youngster? How many youngsters are on a tour? These are the things you should take into consideration, there should be a good balance.

“You just can’t simply remove all the seniors, at the same time, you can’t carry on with all youngsters, especially when you are going away. At home, you can try things but when you go away experience counts a lot. That’s why they need to have a perfect blend of youth and experience,” he added.