Home » Cricket » Ajinkya Rahane gets his mojo back

Ajinkya Rahane gets his mojo back 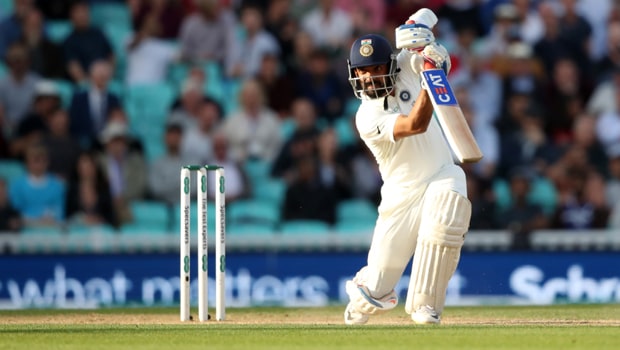 Ajinkya Rahane has always been one of India’s brightest batting prospects in Tests ever since he made his debut in 2013. He showed what he is capable of with some breathtaking knocks in grueling overseas conditions at the very beginning of his career. Such were his performances away from home that he came to be known as India’s man for overseas missions in no time.

By 2016, he was averaging 51.22 with around 1600 runs in away Tests as compared to an average of 40.23 along with a tally of 684 runs at home. Overall, he was averaging a fine 47.33 in Tests with eight centuries and 9 fifties in a total of 32 Tests till that year. These figures are excellent for any middle-order batsman and, more so, when the majority of those runs have come away from home.

However, the beginning of 2017 hit him hard. His form went through a steep decline and he didn’t even look like the shadow of the batsman he was appearing to be the year before. He accumulated 554 runs in 2017 and followed it up with 644 runs in 2018 at quite mediocre averages of 34.62 and 30.66 respectively. Rahane played 39 innings during this period and scored just eight fifties and one hundred. He was even dropped for one of the Tests in South Africa last year due to concerns over his form.

But the Indian management decided to keep backing him for good. And that faith has paid rich dividends now. The year 2019 has seen Rahane discovering his mojo back. He has amassed 505 runs at an outstanding average of 72.14 in just six Tests thus far, and that includes two centuries and three fifties as well. One of these centuries came in the West Indies, his first in two years, and another one against South Africa at home, which was also his first ton in home Tests after a long wait of over three years.

The way he has played in all his outings this year suggested that he has rediscovered himself. He has been playing his shots confidently and his defence has looked as solid as ever too. The 31-year-old finished as the second highest run-getter in the series against West Indies with 271 runs to his name at an average of 90.33 and also scored 216 runs in the home series against South Africa at an excellent average of 72.00 once again.

Such a fine run of form will only increase his confidence for the upcoming matches ahead. India have an important overseas assignment against New Zealand coming up soon, and Rahane will have a crucial role to play in that series once again.