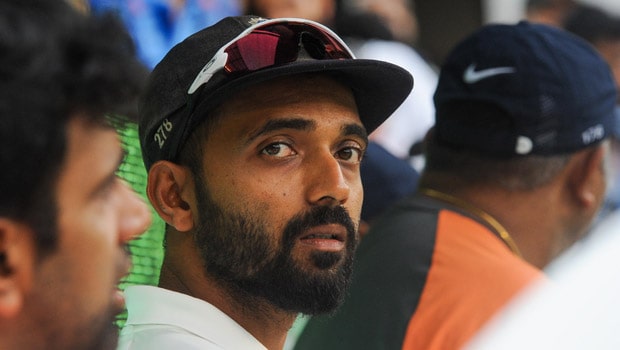 Ajinkya Rahane has seen his fair share of ups and downs in the red-ball format of the game while playing for India over the last few years. It was Rahane who stepped up to the big occasion during the Melbourne Test and scored a century to earn India a much-needed win against Australia. In just the previous match, the men in blue had been humiliated after being cleaned up for just 36 runs at Adelaide.

That was also Rahane’s first game in charge as captain during the series following Virat Kohli’s paternity leave. He managed to lead the side to a historic win and back-to-back Test series victories Down Under.

However, since then, things have been rocky as Rahane had a less than fruitful series against England and several fans have started questioning his place in the side. Ahead of the all-important World Test Championship Final as well as the series against England, former Indian chief selector MSK Prasad has come to Rahane’s defence. Prasad mentioned that whenever the team has been in trouble, Rahane has come to its aid.

“I think he is too good a player to start with. Of course, he has gone through lots of ups and downs (of late) but whenever the team has been in trouble, he rises to the occasion. He has that potential. The graph is a little up and down but I don’t foresee any drastic decision being taken by team management. He will come back strongly. He is a wonderful team-man and everybody likes him a lot. Whenever Virat hasn’t played a big innings, this man has stepped up. We must not forget how he delivered as a captain and a player in Australia when many seniors were absent,” Prasad told cricket.com.

“He is a proven player and his overseas record is far superior to many of the Indian players and maybe at home he has struggled a bit. We should not be putting unnecessary pressure on him,” Prasad added.

He also lavished praise on Cheteshwar Pujara and Ajinkya Rahane, calling them the soldiers in a team.

“Again, we should not be putting unnecessary pressure on him. Someone like Rahane or Cheteshwar Pujara because they are true soldiers who have served Indian cricket wonderfully well for several years in the longer format. We should in fact back them.

“Such talents should never be sidelined as they are proven match-winners and complete players. Rahane is like a suicidal troop. He can go anywhere to bat for the team,” he signed off.