Home » Cricket » Ajinkya Rahane is not the same player he was in 2015-16: Deep Dasgupta

Ajinkya Rahane is not the same player he was in 2015-16: Deep Dasgupta 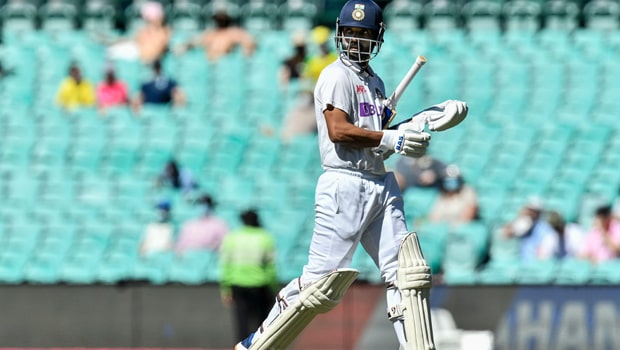 India’s vice-captain in the purest format of the sport Ajinkya Rahane has suffered from bouts of inconsistencies for prolonged periods now. Former Indian cricketer Deep Dasgupta stressed recently that Rahane is not the same player he was a few years ago and his form has been very erratic of late.

2021 hasn’t been particularly sweet for Ajinkya Rahane who has endured a pretty lean phase. In seven Tests, his average reads a dismal 21. Rahane’s last great outing for India was in the Boxing Day Test against Australia. The Test vice-captain scored a century to get India back on level-pegging in the Border Gavaskar Trophy following the humiliation in Adelaide.

Since that ton at the Melbourne Cricket Ground, the Mumbai batsman has managed just a single half-century in Test cricket. “I don’t think Rahane is the same player that he was. In 2015-16, Rahane was unbelievable. He was a player that I saw playing for Mumbai,” Dasgupta said.

“The Wankhede pitch on the first morning was moist, the pitch had grass and it was a nightmare batting there those days. But Rahane scored more than 4000-4500 runs before playing for India, batting predominantly at No.3 position,” the former Indian cricketer continued.

Despite the recent woes regarding his form, Rahane still finished as the top-scorer for India in the World Test Championship and had accumulated 1159 runs in 18 Tests. Rahane had an average of 42.92 during the entire campaign which included three centuries and six half-centuries.

The vice-captain also finished as India’s highest scorer in the first innings of the World Test Championship final. He agonizingly missed out on a half-century after a smart fielding change from Kane Williamson got him out at 49.

However, Rahane was terrible during the second innings of the match and got out for 15. More than that, it’s the manner in which he got out that upset a lot of people. India had just lost Virat Kohli and Cheteshwar Pujara and when the team needed solidity and patience the most, Rahane got dismissed while trying to play an unnecessary shot.

Deep Dasgupta was also particularly critical of Rahane’s batting technique at home. In 31 Test matches in India, he has an average of 36. However, his average rises to 44.44 outside the country.

“When you bat in India, your skillset changes. You play swing and pace outside but here you need to play reverse swing.

“If you go and check Rahane’s footwork in 2015-16, you will realise that his footwork is not that definite. He is very tentative in his first 20 balls and whenever he plays a big innings, he is a lot more confident,” said Dasgupta