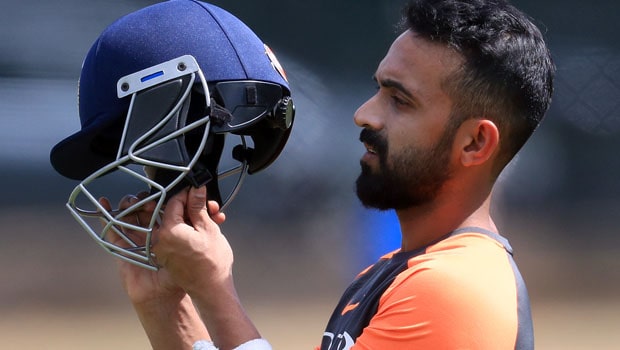 India’s Test vice-captain Ajinkya Rahane is open to playing in the Indian Premier League behind closed doors. The IPL was to begin from March 29 but it has been indefinitely postponed due to the outbreak of the coronavirus. The BCCI is now looking for other windows for the IPL, once the situation improves.

It is also reported that the IPL can be played behind closed doors if the need may arise. Rahane has welcomed this thought as he added that the safety of the fans is very important.

Furthermore, Rahane added that the players are used to playing in front of no crowd as the domestic circuit tournaments hardly attract any audience. Thus, Rahane believes the players can adjust for this season of the IPL, if it is played without any crowd.

“As for IPL or any other sport, I feel it could be played without spectators. All of us have played domestic cricket in almost empty stadiums, so that’s an experience all cricketers are used to.”

“Of course we are nothing without our fans, and that’s why their safety is of utmost importance. Even if they get to watch some Live action from home, I am sure that will be an enjoyable experience as well. The safety of fans is key, and if we need to play in empty stadiums for that, we are open to do it,” Rahane said while talking on Instagram live interaction with Delhi Capitals.

Meanwhile, Mumbai Indians all-rounder Hardik Pandya and Krunal Pandya had also recently said that they are open to playing IPL behind closed doors.

There is no doubt that it is going to be a peculiar feeling if the IPL is played without any fans. However, it is imperative to understand that the BCCI doesn’t have a lot of options up its sleeve in the current scenario.

On the other hand, Ajinkya Rahane will play for Delhi Capitals in the forthcoming edition of the tournament after making a move from Rajasthan Royals. Rahane has scored 3820 runs in 140 IPL matches at an impressive average of 32.93 but his strike rate hasn’t been up to the mark as he scores 121.93 runs every hundred balls in the tourney.

Thus, Rahane will like to turn the corner for Delhi in the IPL. Rahane has got the experience under his belt. However, it would be interesting to note how many chances he will get in the final XI as Delhi already has options of opening the innings with Shikhar Dhawan, Prithvi Shaw, Jason Roy and Alex Carey.